If you’ve read our list The 25 Most Dangerous Animals In The World, then you know there are some weird animals in the wild that are not too cuddly. From four-legged land-dwellers to water-paddling sea life, evolution sure does come up with some bizarre creatures sometimes.

It’s the nature of things. Diversity only makes the world a rich and vibrant place to live in. So, while we talked about dangerous animals before, this time around, we’re going to take a walk on the weird side as we introduce you to some of the most unique life forms on this planet. Here are the 25 Weirdest Animals On Earth. The axolotl is a species of Mexican mole salamander whose larvae fail to undergo metamorphosis, and thus, the adults remained gilled and aquatic. They originated from the lake that underlies Mexico City and is often used in research due to their curious ability to regenerate themselves. Having been called the nastiest and most disgusting creature in the sea, the hagfish lives deep below the surface of the waves. When it gets hungry, it attaches itself to a passing fish, bores its way through the skin, and then consumes the fish from the inside out. Also known as the “dog bear” due to its small stature and extremely long tongue, it is found in the tropical rainforests of Southeast Asia. Inhabiting the north-eastern United States and Canada, the star-nosed mole has 22 miniature tentacles at the tip of its snout that it uses to forage for food. Coming from Ankara, Turkey, these hairy rabbits were popular pets among French royalty in the 1700s. They are often bred for their immense wool coats. Due to the ear-like fins protruding from their “heads,” they have been likened to Disney’s famous elephant, after which they were named. Living at extreme depths, these creatures are a rare sight. More formally known as the Kiwa Hirsuta, it was only discovered in 2005 deep within the South Pacific Ocean. Its hairy pincers contain bacteria that may be used to detoxify the water around the volcanic vents where it lives. Found along the coasts of Australia, this marine animal resembles a piece of seaweed as it floats in the water. It is so well camouflaged that the only thing to give away its presence would be the occasional swiveling of an eye or a fluttering appendage. Deriving their name from the extremely long tarsus bones in their feet, and along with their humongous eyes, these creatures are not only extremely strange looking but have also been known to perform ninja like feats of athleticism as they catch birds in mid-flight while leaping from tree to tree. As strange as it looks, this is an extremely productive breed of goose as the female can lay over 60 eggs during the season. With some species growing over a foot in length, these masters of disguise are found all over the world but mainly in Asia, South America, and Australia. With cheeks that extend all the way back to its shoulders, it’s easy to see where this rodent gets its name. After filling them with food, it empties them back into its burrow by turning them inside out with its paws. Inhabiting the deep waters off of Australia, these fish are adapted to living at extreme pressures. Although they lack a significant amount of muscle, it is not really necessary for them as they feed on anything edible that floats past. One of the larger breeds of dog, it is covered with white curly hair resembling dreadlocks. Contrary to what you may think, Komondors do not actually shed very much, and these hairy puppies are agile. These deep sea creatures are closely related to sea cucumbers and can easily be found living in groups of over 1,000 or more on the ocean floor. Usually found in northern India, this large species of crocodile spends most of its life in the water. The bulbous growth on the nose of males is used during mating to produce gurgling and bubbling sounds. An uncommon sight on any continent except for Europe, it goes without saying, but this breed of chicken has feathers everywhere except for its neck. This is one of the few species of mammals capable of producing toxic saliva, and it was the dominant predator on the island of Hispaniola prior to colonization. However, it has not developed any effective defenses to ward off predators that were introduced by human settlers, like dogs and cats. Related to storks and also known as a Whalehead, it’s obvious where this east African bird gets its name from. It’s one of the largest birds in the world and can grow to be over 3 feet (1 meter) tall. 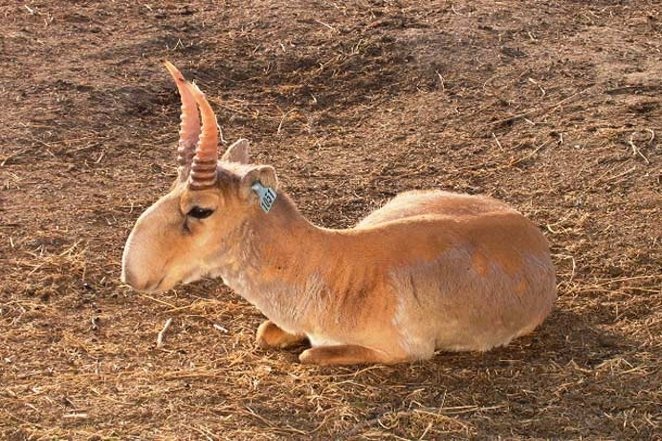 A very unique looking antelope, the Saiga is known for its distinctive nose that protrudes down over its mouth. It reproduces efficiently in spite of human encroachment upon its habitat, although in recent years it has become more endangered. Resembling mice, not much is known about these small jumping rodents. Their habitat consists mostly of northern China and Mongolia, and they usually come out only at night. Also known as an anglerfish, this hairy hunter’s dorsal spine is topped with a fleshy lure that it moves back and forth through the water to mimic the behavior of a marine worm. Inhabiting the jungles of Sri Lanka, this nocturnal creature has huge round eyes that allow it to hunt for insects at night. They are slowly going extinct, however, as they are killed for their supposed “magical properties” by natives and poachers alike. Found in Madagascar, the Aye-Aye is the world’s largest nocturnal primate. Often noted for its unique foraging techniques, it taps on trees until it finds larvae, gnaws a hole in the wood, and inserts its middle finger to pull them out. This curious breed is known for its lack of hair and highly extroverted behavior. They cannot stay outdoors for too long because they are susceptible to both sunburn and hypothermia