Every year, the Global Peace Index (product of the Institute for Economics and Peace) attempts to determine the level of peacefulness of 162 world´s largest countries. Measuring the countries’ peacefulness is a complex process based on evaluating a wide range of indicators. There are 22 indicators in total, including things like number of external and internal conflicts, relations with neighboring countries, political instability, terrorist activity, number of homicides per 100,000 people, number of jailed persons per 100,000 people, nuclear and heavy weapons capability and many more. Since 2007 when the project was launched, Iceland has always been the safest and most peaceful country in the world. In this year´s TOP 5 peaceful countries, Iceland (this year´s score 1.189) was followed by Denmark (1.193), Austria (1.200), New Zealand (1.236), and Switzerland (1.258). In these countries, as well as in those which ranked close by, you should not worry about your safety. But let us have a look at the other end of the chart. These 25 countries have been listed as the most dangerous countries in the world and definitely should not be among your vacation destinations. Crime is among the most urgent concerns facing Mexico, as Mexican drug trafficking rings play a major role in the flow of cocaine, heroin, and marijuana between Latin America and the United States. Consequently, drug trafficking and organized crime have been a major source of violent crimes in Mexico. Criminal and political violence in Ethiopia have resulted in numerous injuries and deaths. Pick-pocketing, “snatch and run” thefts from occupied vehicles, and other petty crimes are common in this country. Moreover there have also been cases of beatings, stabbings and kidnapping of expatriates and foreigners. The country has been affected by civil wars that broke out in 2002 and 2010. The Second Ivorian Civil War escalated into full-scale military conflict between forces loyal to Laurent Gbagbo, the President of Ivory Coast since 2000, and supporters of the internationally recognized president Alassane Ouattara. International organizations have reported numerous instances of human rights violations by both sides. The unrest in Eastern and Southern Ukraine has been drawing the whole world´s attention since it started on February of 2014. Protests in Donetsk and Luhansk have escalated into an armed separatist insurgency leading the Ukrainian government to launch a military counter-offensive against the insurgents. The conflicts have already claimed thousands of casualties. Chad is one of the poorest and most corrupt countries in the world; most inhabitants live in poverty as subsistence herders and farmer. The country has been plagued by political violence and recurrent attempted coups. The political instability and devastating poverty have resulted in rapid criminality and corruption increase. There have been massive continuous protests in Egypt in the recent years. In 2012, tens of thousands of protesters started to demonstrate against president Mohamed Morsi, after Morsi’s government announced a temporary constitutional declaration that in effect granted the president unlimited powers. The demonstrations, organized by Egyptian opposition organizations and individuals, mainly liberals, secularists and Christians, have resulted in violent clashes between Morsi-supporters and the anti-Morsi protesters, with dozens of deaths and hundreds of injuries. Furthermore, there is an ongoing Coptic Christian persecution and discrimination at multiple levels.

Although the Indian economy is the world’s tenth-largest by nominal GDP and third-largest by purchasing power parity, the country continues to face the challenges of poverty, corruption, malnutrition, inadequate public healthcare, and terrorism. Criminality is also a significant problem in India with crimes against women, domestic violence, illegal drug trade, arms trafficking and poaching being among the most common violations. 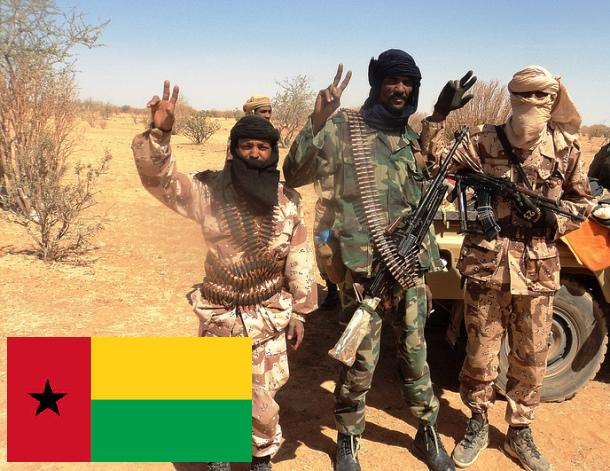 Guinea-Bissau has a history of political instability since independence in 1974, and no elected president has successfully served a full five-year term. Except for instable political situation and considerable poverty, the country also suffers from high crime. Violent crimes such as murders and human trafficking are among the most common criminal acts. 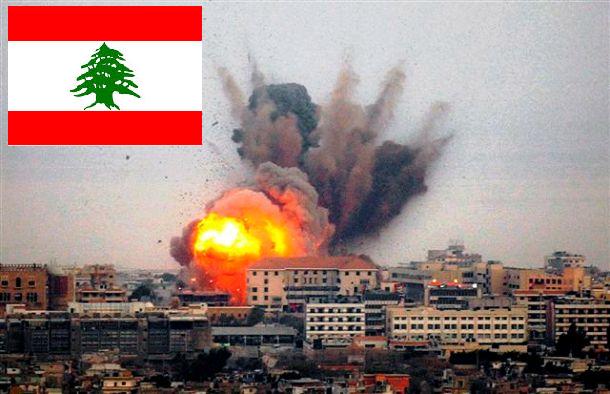 Fighting from the Syrian Civil War has spilled over into Lebanon as Lebanese opponents and supporters of the Syrian government have travelled to Syria to fight and attack each other on Lebanese soil. Lebanon’s Sunni Muslims mostly supporting the rebels in Syria, while Shi’ites have largely supported Syrian president Assad. Killings, unrest, and kidnappings of foreign citizens across Lebanon is a common occurrence. 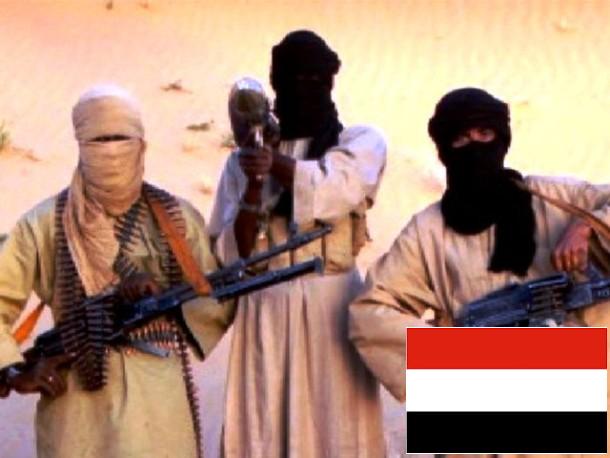 In the past, Yemen underwent 11 civil wars and social unrest and riots are common in the country even today. In 2011, a series of street protests began against poverty, unemployment, corruption and against then President Saleh. The government and its security forces, often considered to suffer from rampant corruption, have been responsible for torture, inhumane treatment, and extrajudicial executions. Freedom of speech, the press, and religion are all restricted, Homosexuality is illegal, punishable by death. Crime is a serious problem in Zimbabwe, and is driven by the country’s deteriorating economy. Although the majority of crimes in Zimbabwe are non-violent, perpetrators are generally armed with weapons, which can include firearms. A number of American visitors have been assaulted or robbed while walking in the town of Victoria Falls, especially after dark. Another popular crime committed in Zimbabwe is the “smash and grab,” in which thieves break the windows of cars stopped at intersections and take items from inside the car. Although Israel is a highly developed country with the highest standard of living in the Middle East, it is far from a place you would want to live in. The main reason of the safety instability is the Israeli–Palestinian conflict. It is an ongoing struggle between Israelis and Palestinians that began in the mid-20th century and lasts till present. Recently, the fights that are fought mainly in the Gaza region, have escalated again. Colombia, in common with many Latin American nations, evolved as a highly segregated society, split between the traditionally rich families of Spanish descent and the vast majority of poor Colombians, many of whom are of mixed race. As a result, various armed groups emerged that have been involved in drug-trafficking, murders, kidnapping and other crimes. Despite its vast government revenue from the mining of petroleum, Nigeria is faced by a number of societal issues. Nigeria’s human rights record remains extremely poor and government officials at all levels continue to be incredibly corrupt. Rape, torture and other cruel, inhuman or degrading treatment of prisoners, detainees and suspects are common. Furthermore, human trafficking; societal violence and vigilante killings; child labor, child abuse and child sexual exploitation; female genital mutilation, domestic violence; discrimination based on sex, ethnicity, region and religion are all rampant within this country. A considerably high crime rate is probably the reason why Russia is among the world´s most dangerous countries. The crime in Russia include drug trafficking, money laundering, human trafficking, extortion, murder for hire, fraud and more. Many criminal operations engage in corruption, black marketeering, terrorism and abduction. In 2011, Russia was rated among the leaders in homicide by the United Nations. North Korea is widely accused of having one of the worst human rights records in the world. The population is strictly managed by the state and all aspects of daily life are subordinated to party and state planning. Amnesty International also reports of severe restrictions on the freedom of association, expression and movement, arbitrary detention, torture and other ill-treatment resulting in death, and executions. 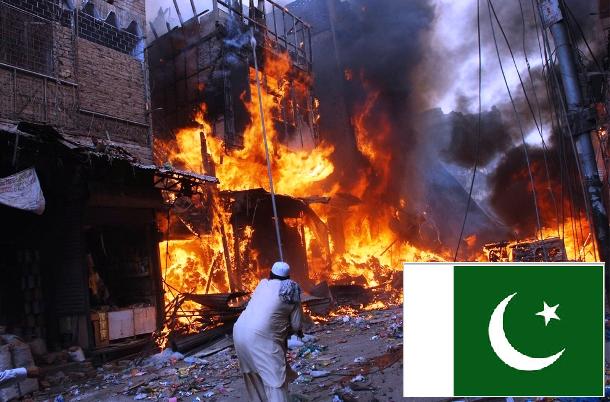 The post-independence history of Pakistan has been characterized by periods of military rule, political instability and conflicts with neighboring India. The country continues to face challenging problems, including overpopulation, terrorism, poverty, illiteracy, corruption and it ranks among the countries with the most income inequality. The country is extremely rich in natural resources but political instability, a lack of infrastructure and a culture of corruption have historically limited development, extraction and exploitation efforts. The Congolese Civil Wars, beginning in 1996, devastated the country. They ultimately involved nine African nations, multiple groups of UN peacekeepers and twenty armed groups. The wars resulted in the deaths of 5.4 million people since 1998 with more than 90% of those deaths resulting from malaria, diarrhea, pneumonia and malnutrition, aggravated by displaced, unsanitary and over-crowded living conditions. After gaining independence from France in 1960, the Central African Republic was ruled by a series of autocratic leaders. The first multi-party democratic elections were held in 1993 when Ange-Félix Patassé was elected the president. The peaceful period did not last long though – in 2004, The Central African Republic Bush War began. Despite a peace treaty in 2007 and another in 2011, fighting broke out between government, Muslim, and Christian factions in December 2012, leading to ethnic and religious cleansing and massive population displacement in 2013 and 2014. Sudan suffers from several challenges. For much of Sudan’s history, the nation has suffered from rampant ethnic strife and has been plagued by internal conflicts including two civil wars and the War in the Darfur region. Sudan suffers from poor human rights most particularly dealing with the issues of ethnic cleansing and slavery in the nation. The Sudanese legal system is based on stringent Islamic law. The Somali Civil War is an ongoing conflict that started in 1991 and lasts up to present. It grew out of resistance to the Siad Barre regime during the 1980s but in the course of time, many different factions, armed rebel groups and clan-based armed organizations have joined the conflict, competing for influence in the country. The war has claimed hundreds of thousands casualties so far. Iraq has been affected by the Iraq War that lasted almost 9 years. It officially ended in December 2011 but the country has been threshing about conflicts up to present. Currently, the main problem in Iraq is the Islamic State that keeps expanding and taking over large areas of the country’s north including the provincial capitals of Mosul or Tikrit. Since July 2011, when South Sudan became an independent state, the country has suffered from internal conflicts. The ethnic violence began as part of the Sudanese nomadic conflicts fought between rival nomadic tribes. They have resulted in a large number of casualties and displaced hundreds of thousands of people. The War in Afghanistan started in 2001 and lasts till present. It refers to the intervention by NATO and allied forces in the ongoing Afghan civil war. The war followed the September 11 attacks, and its public aims were to dismantle al-Qaeda and denying it a safe basis of operation in Afghanistan by removing the Taliban from power. As of 2013, tens of thousands of people had been killed in the war. The main reason why Syria ranked as the world´s most dangerous country is the Syrian Civil war. This ongoing armed conflict began in the early spring of 2011 with nationwide protests against President Bashar al-Assad’s government, whose forces responded with violent crackdowns. The conflict gradually morphed from popular protests to an armed rebellion after months of military sieges. The armed opposition consists of various groups that were formed during the course of the conflict, including the Free Syrian Army or the Islamic Front. Estimates of deaths in the conflict vary widely, ranging from around 110,000 up to almost 200,000.

It’s truly sad to see some of the stuff that goes on in the world’s most dangerous countries. Our hope is that one day, maybe these countries can be safe and prosperous places.