Most Awesome Marathons in the World

If you consider yourself an extreme athlete, the most awesome marathons in the world might exhilarate you. At the same time, those on the couch potato end of the spectrum might find them terrifying. Wherever you land, everyone can agree running a marathon is one of the toughest athletic feats a human can achieve. Luckily for all you runners out there, a countless number of marathons are held all over the world, giving you plenty of options to choose from. And, no marathon is created equally with each providing a variety of obstacles, elevations, and difficulties. Some might be a great experience you can tell the grandkids when you get older, while others, like the ultra marathons, might seriously make you wish you were dead. No joke, some of these are off-the-wall insane. So lace up your running shoes, here are the Most Awesome Marathons in the World! 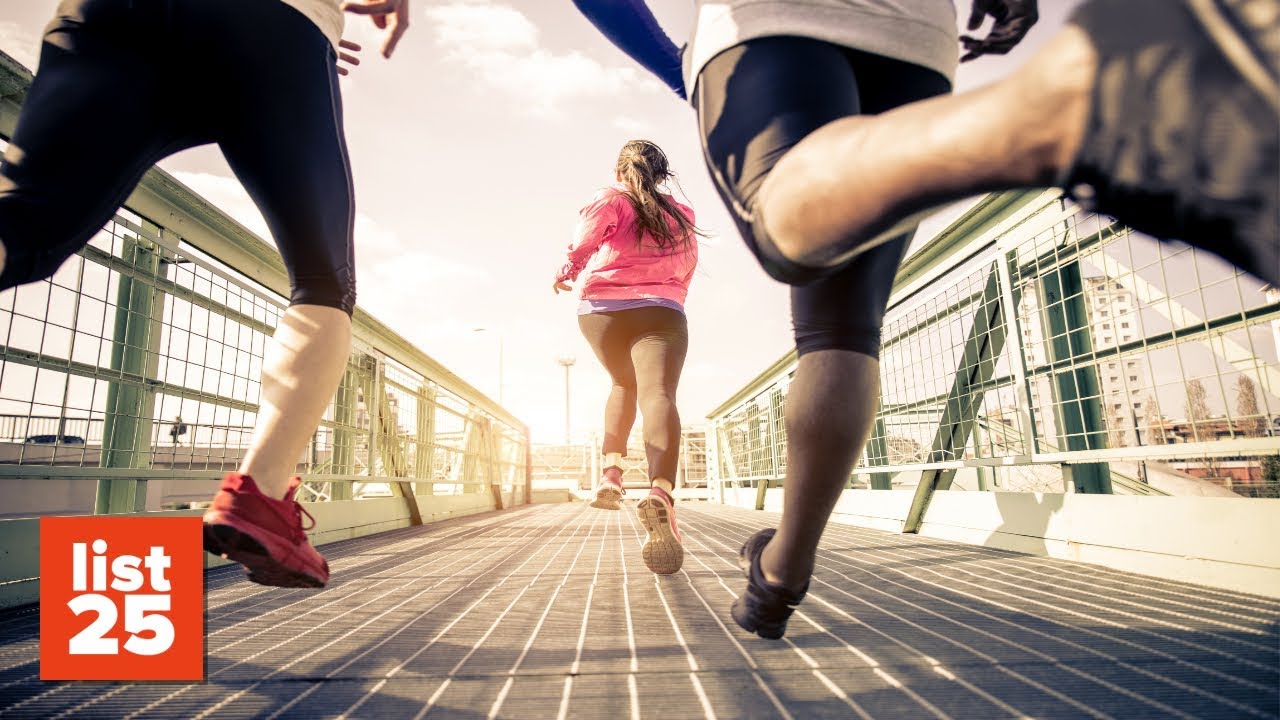 This marathon is in the Cayman Islands; do I have to say more? It’s a 42.195 kilometer loop of gorgeous scenery along the ocean banks. It’s warm; it’s breezy; and there are plenty of awesome things to do before and after the race!

This marathon runs through many cultural and historically important landmarks in Bangkok. Though, in previous years, many issues have risen with distancing and even protests causing problems with the race. With all the extra, unexpected obstacles one might face, runners have nicknamed it a super marathon.

If you’re going to run a marathon, you might as well run in the great city of Rome with the Coliseum in the backdrop and the beautiful city landscape before you. To top it off, listen to the soundtrack of the movie The Gladiator to make the experience even more epic.

This marathon runs along the Australian coast southwest of Melbourne. The starting point is Lourne, and runners will experience a beautiful view as they trek all the way down to Apollo Bay. What better way to run a marathon than with a view of the Pacific Ocean?

There’s not much better than combining rock ‘n’ roll and running together. The energetic tunes, fast beats, and eye-of-the-tiger attitude really get the engine revving. Throw all that into Lisbon, and you’ve got one awesome marathon waiting for you!

Driving down Highway 1 near Big Sur is a sight to behold, but imagine if you were able to soak even more of that view up on a marathon. It would be pretty majestic. Starting at Big Sur and heading all the way down to Carmel, you’ll also get to see towering redwoods and coastal mountains on your run.

If you ever needed a good excuse to go to Hawaii, signing up for the Honolulu Marathon might just be it. If you’re going to run and put your body through a lot of pain, why not do it in paradise? Take in the breeze, soak in the sun, smell the salty ocean air, and when you cross the finish line, you can go relax on the beach.

First started in 1981 and part of the World Marathon Majors, this marathon uses a ballot system and randomly draws qualifying runners for the race. It’s such a popular race, some 400,000 people have tried to get in, making your odds not too great.

Here’s another Australian marathon but rather than running along the coast, you’ll be racing through the outback, mate. It’s miles and miles of beautiful scenery, soft red sand under your feet, and a whole lot of silence.

Located in Switzerland, this marathon is proclaimed the most beautiful in the world, taking runners through the Alps. Of course, it also has an intense incline up to the finish line, starting at 500 meters and escalating almost to 2,500 meters. If you’re up for a challenge and want to visit the Alps, then this might be the marathon for you.

Down in the heart of Tokyo, this marathon is very popular, competitive, and includes some of the best runners in the world. With so many runners involved, the downtown streets can be pretty crowded.

This marathon in Morocco runs along the historic 12th century ramparts with the mountains in the background, providing a beautiful landscape during the marathon run. If you’re wanting to check Africa off your list, this might be the best (and safest) marathon to do it.

Starting out as a small idea in 2002, this marathon in Tanzania has grown to become quite popular with athletes around the world. Since it’s just south of the equator and goes up to the tallest mountain in Africa, you could say this marathon isn’t for beginners.

Inviting runners all over the world to run at Tromsø, Norway, this marathon of the midnight sun is a breathtaking and unforgettable experience through the Arctic.

This marathon in Africa is one of the wildest in the world, pairing an epic marathon with a classic African safari. During the race, runners will trek across the African plains, witnessing beautiful scenery and other wildlife, including zebras, giraffes, antelopes, and even lions.

Run by the Boston Athletic Association, it first started after the 1986 Olympics and has since become one of the six major marathons in the world. It’s notorious for the dreaded “Heartbreak Hill,” a portion of the run where runners’ muscle glycogen stores are depleted, making it especially excruciating.

Officially, this marathon doesn’t exist since it’s in a national park. Still, organizers have been putting it on since 1996 with a limited and vetted group of runners. They keep things pretty low key with no bib numbers or audience members, but if you ever wanted to run through this area, you might get your chance.

The race that stretches back to the meaning of the word “marathon,” this ultra marathon follows the footsteps of the ancient runner Pheidippides and is one of the hardest marathons in the world.

The marathon in Rio de Janeiro is considered one of the most beautiful runs in the world. With white sandy shores and the Serra do Mar Mountains in the background, you’ll run your way to victory with heavenly scenery all around you.

This ultra course in the Grand Canyon covers 273 km and featuring a wide variety of terrain, from sand dunes to rocky hills and everything in-between. It goes for six stages within seven days. The finish line provides a wondrous view of the Grand Canyon, hopefully making the entire journey worth it.

There’s nothing else like running in the snow under freezing temperatures. For this ultra marathon, the most extreme runners will convene to experience the bitter winds and dusty snows of the Antarctic.

Despite being one of the most challenging marathons in the world, this behemoth of a run still draws thousands of runners every year. With narrow passages, twists, turns, and of course, ups and downs, this run is no joke and only for those serious about marathons.

This marathon is not for the uninitiated or the faint of heart. French for “Sahara Marathon,” this extreme trek will take you across the sands of, you guessed it, the Sahara. But, that’s not all; it’s an ultra-marathon that takes over six days to complete, equating to six marathons combined in total distance. It’s been called one of the toughest foot races on Earth, and it’s easy to see why.

Marathons are not easy but throw one in the jungle, and they might just as well be nigh-impossible. In this case, it goes one step further and makes it an ultra marathon through the heart of the Amazon rainforest where runners must provide their own gear and navigate the hot, dangerous terrain on their own.

In this marathon, you’ll take the very long, hard, and arduous trek up Pikes Peak in Colorado. You’ll start at 6,300′ and hike all the way up to the peak at 14,115′. Most of the marathon is uphill, so be prepared for quite a workout.