If you’re looking for the best cosplay costumes for guys, males, boys – whatever you want to call yourself, we’ve got it here! And, if you don’t know what cosplay is, well, it’s that thing people do because October 31st only happens once a year. That was a joke.

Calm down. I was never much of a cosplayer myself, but my girlfriend most definitely is and always has been. As you read this article, you’ll realize that she can, in fact, be very persuasive, and that’s put me in a position where I’ve had to think about my own “manly” cosplay. Sometimes, you want to keep things simple and go to a comic con.

The only problem is that you’ll actually stand out more if you’re NOT dressed as something, so Tristan is here to help with Best Male Cosplay Costumes that That Won’t Waste Your Time. Hey, we promised you easy, and that’s what you’re going to get. Get yourself a nice pair of glasses, some jeans, and a button up shirt that covers a Spider-Man costume underneath. Now it looks like you’re ready to transform into the Amazing Spider-Man at any moment. For added effect, get a camera to carry around, and even take pictures of other cosplayers! Brilliant, but lazy! There’s a difference between cosplay and Halloween costumes, but that doesn’t mean both can’t be scary. Get yourself a cheap suit (or a good one that you already have) in black or navy, make your hair look nice and presentable, and finish it off with an American Flag pin on your jacket. Now go out there and make promises, like trying harder at cosplay in the future! See, it’s great because just like a REAL politician, you’re never actually going to follow through on this promise! This costume couldn’t be easier if you wanted it to, and if you do want that, beggars can’t be choosers, so stop getting annoyed with me! Get yourself a standard black suit, white button up and black tie along with some dark shades. Finish it off with anything that looks like a silver rod. Now go erase any memories of you being a bad cosplayer. Ironically, Peter Pan is the story that I grew up with. It was the first thing I was ever obsessed and fascinated with, and I still am to this day. I’m ALSO still waiting for them to make a gritty movie that’s as accurate as possible to the book. We got close with the 2003 version, but we’re not there yet. Maybe I’ll just have to do it myself.

Oh, right. We’re here to talk about cosplays, not Tristan’s childhood. Peter Pan is easy to cosplay, not because of a simple costume, but rather because there are so many different looks to take from. The Pan story has been adapted so many times that you can get away with pretty much anything as long as it has some simple elements, mainly lots of green, whether it just be a green tunic or a shirt and leggings with leaves all around them. That’s what matters most. Finish off the look with a green hat with a red feather (optional) and a short sword so you’re ready to face off against pirates.

(For the record, Pan uses his sword to kill other people and things, but we’ll have to wait until the gritty reboot happens to confirm it for some people.) You’re either going to think me incredibly clever or incredibly lazy for this one, but the truth is that I’m both on a good day. Follow every step from the Peter Pan cosplay up above, but stop when you get to the sword. Instead of a sword, carry around a Bow & Arrow. Now you’re Robin Hood instead! Steven Universe was introduced to me by my girlfriend, and I admit, I was hesitant at first. The animation looked weird and out of context; the show looked like one giant Cartoon Network acid trip! Thank god she persisted, however, because now it’s one of my favorite shows of all time! The characters alone make this show and story what it is, an unexpected favorite being Lars, employee of The Big Donut. I’ll start by saying that Lars starts out as perhaps the most annoying character on the show, but he goes through an incredible arc that just leaves you wanting more of him! I’m not going to get into Spoiler Territory, but if you’d like to be Lars, you’ll just need a few simple things.

Get yourself a dark pair of jeans, a white long sleeved undershirt with a purple t-shirt to be worn over it. Finally, seal the deal with some temporary orange hair paint (I think that’s what it’s called) to finish off the look. For good measure, print out or produce an Iron-On of the Big Donut Logo for your shirt. You could, however, also purchase a pre-made Donut t-shirt here. At List25, we love Harry Potter and if you doubt that, you should check out our latest Harry Potter special. Hogwarts is a place we’ve all secretly wanted to go, and I don’t just mean us. You’re lying if you say you’ve NEVER wanted to visit Hogwarts, Potterhead or not. Fortunately, you can get a similar experience by cosplaying as a Hogwarts student. All you’ll need is a white button up, a black sweater or sweater vest, dark slacks, and black shoes. Be sure to finish off the look with any stick that looks like a wand and tie in the color of your house. I, personally, am a proud Ravenclaw, while Mike is a Hufflepuff. Every house is special. Don’t Huffle-Shame!

Also, no. The robes aren’t necessary. There are plenty of moments in the movies when the characters don’t wear them…also, we live in Florida, and it’s hot here. This is another show that my girlfriend had to force me into. Either she has a thing for weirdly animated shows, or she has a thing for brilliant and emotional storytelling because hot damn, Adventure Time is a trip in all the best ways! I wish I could explain it to you, but people tried explaining it to me for years in attempt to get me to watch the show. What finally hooked me was to simply watch it, so now I’ll tell you to do the same.

Anyway, let’s talk about cosplaying the main character, Finn the Human. Yes, believe it or not, the main character IS a human and his look is easy to steal; Light blue t-shirt, blue shorts or jeans, black shoes, and a green backpack. What’s going to confirm your costume to other cosplayers though, is the white animal hat Finn has on most of the time! There are replicas out there, but any white animal-like hat should be enough to get your point across.

Guardians of the Galaxy “Star Lord” Star Lord may be a controversial character ever since Infinity War, but you have to admit he’s become quite the addition to the Marvel Universe ever since Guardians of the Galaxy, Volume 1. Yes, I know he was around LONG before the movies, but those are what put him and the other Guardians on the map for more casual fans. Our very own Mike with List25 has actually put together his own Star Lord costume for Halloween, some of our other lists, and really, just because he loves Star Lord, he’s gone ahead and released the list of items he purchased. Doctor Who…whether hearing that name hypes you up or gives you a headache, there’s no denying its importance in the world of television, science fiction, and entertainment. There are now fourteen different Doctors that you can pick from (including the War Doctor), but if you’re going for an easy cosplay, look no further than Peter Capaldi’s 12th Doctor. I admit, as a Whovian, that the 12th Doctor is by far my favorite incarnation, but this suggestion actually doesn’t come from bias.

Capaldi, who grew up as one of the biggest Doctor Who fans, is very encouraging of kids and fans alike pretending to be his hero. When helping to design his costume, he decided to make it as simple as possible. Not only did this fit his Doctor’s personality, but he knew that it would also be very easy for people to dress as the Doctor without breaking their bank. He even replaced his Sonic Screwdriver with a pair of Sonic Sunglasses so children wouldn’t have to purchase the toy during their pretending. In order to complete this look, you just need a button up, a long trench coat, dark pants, and dark boots. Now it’s time to go out and attack the world with your eyebrows! 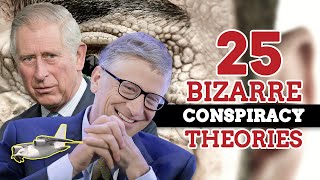 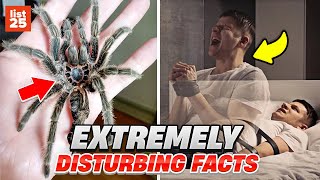 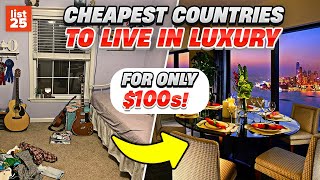 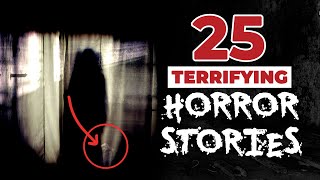 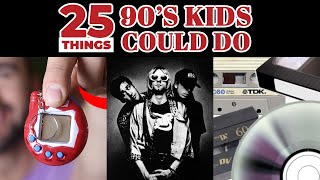 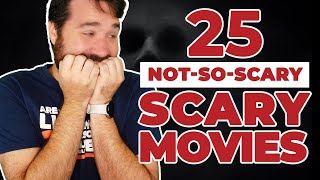 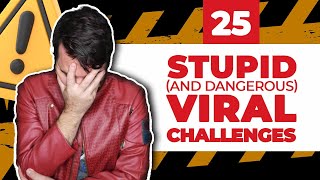 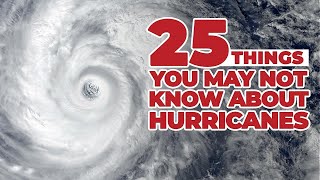 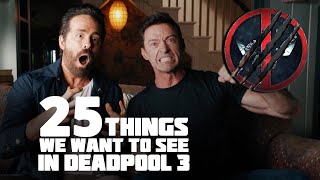 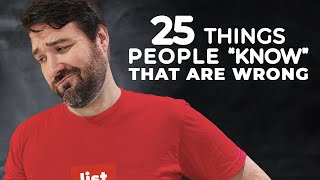 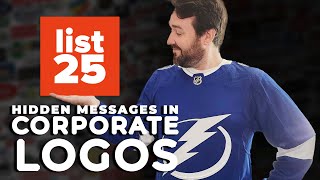 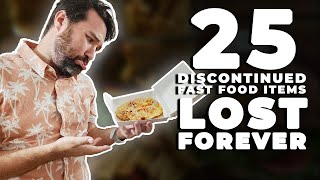 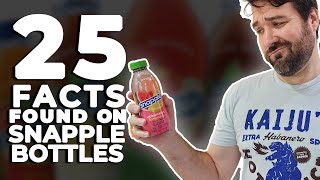 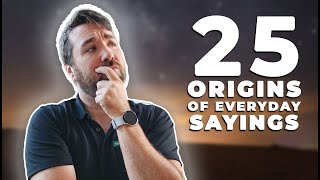 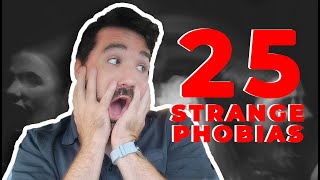 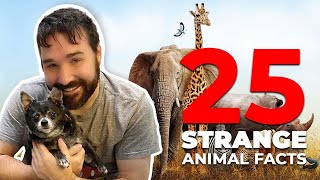 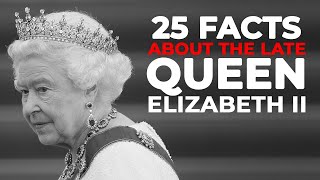