Although their real identities are unknown the following serial killers have still managed to make a name for themselves (pun intended). These are 25 serial killers that have never been caught. 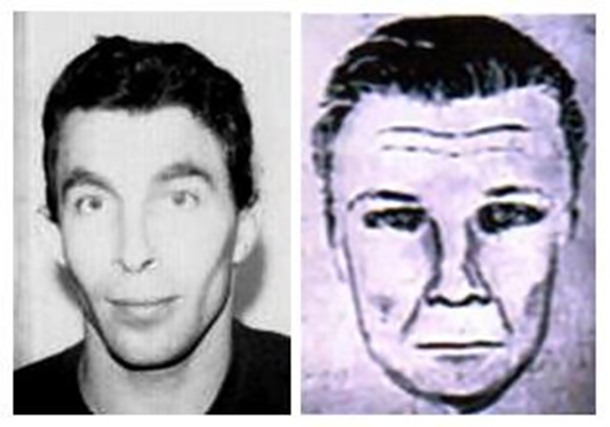 The Frankford Slasher raped and murdered 8 people around Frankford, Pennsylvania between 1985 and 1990. This killer raped and murdered at least 13 people in Southern California from 1976 to 1986. He committed most of his crimes in east Sacramento, where he also sexually assaulted at least 50 women. The Rainbow Maniac was responsible for murdering 13 men in Brazil between 2007 and 2008. He shot all his victims in the head at Paturis Park. This suspected serial killer from Mumbai, India killed at least seven people in his hometown from 2006 to 2007. He was called “beer man” because a bottle of beer was always recovered next to each of the bodies of his victims. ‘The Freeway Phantom’ was a serial killer who kidnapped, raped and strangled at least six young females in Washington, D.C. between 1971 and 1972. This serial killer killed at least three couples between 1986 and 1989. He is also said to be responsible for the murder of at least eight people in the state of Virginia. Authorities believe that he is in law enforcement and does his crimes with a partner. Even the aloha state is not exempt from violent crime. The Honolulu Strangler was responsible for the death of at least five women in Honolulu, Hawaii between 1985 and 1986. Stoneman was responsible for the murder of at least 13 people in Calcutta, India in 1989. It was the media that named him “Stoneman” because of his killing style. The majority of his victims were beggars who slept on streets. This unidentified serial killer murdered fifteen women in and around Atlanta in 1911 typically by slitting their throats.

The Phantom of Heilbronn is known for murdering a police officer in Heilbronn, Germany in 2007. He went on to kill nearly 60 more people around Europe.

The Monster of Florence The Monster of Florence was a lovesick serial killer known to shoot couples in secluded areas. His bitterness about love caused him to kill lovers by mutilating them, especially his female victims. All in all, he killed a total of 16 people, equivalent to eight couples. He is often said to be the Italian version of Jack the Ripper. This serial killer went on a killing spree in Austin, Texas on the New Year’s Eve of 1884. He raped and sliced the face of his victims using an axe. All in all, he had a total of eight victims, all of which were servants. The Zodiac Killer had almost the same killing style as Jack the Ripper and he would constantly send cryptic messages to the San Francisco police boasting about his crimes. Although she was more of a psycho, Delphine Lalaurie started her killing spree in 1831. Visitors to her mansion claimed that she was very nice to her servants, but behind closed doors she actually tortured and abused them. This serial killer from Oakland County, Michigan murdered at least four children between 1976 and 1977. He abducted the children and then killed them by suffocation, shooting or strangulation. Responsible for the moonlight murders in Texarkana, Texas and Texarkana, Arkansas in 1946, the Phantom Killer attacked eight people and murdered five of them with his .32 calibre pistol. According to reports, he killed his victims on weekend nights. His case was the inspiration for the 1976 horror film entitled The Town That Dreaded Sundown. In the early 1990s, a serial killer left the bodies of his victims nearby the I-70 Highway in multiple states. No suspect was ever discovered. The case was featured on “America’s Most Wanted” and “Unsolved Mysteries.” The Doodler slayed 14 men and assaulted three others in San Francisco from January 1974 to September 1975. The police named him the Doodler because of his habit of drawing his victims before having sex with them and killing them. He met most of his victims in gay clubs, restaurants and bars. This serial killer murdered at least six prostitutes during his active years. The bodies of his victims (mostly prostitutes) were discovered in London, dumped into the River Thames. More commonly known as the Mad Butcher of Kingsbury Run, the Cleveland Torso Murderer did not only kill but also dismembered at least 12 of his victims in Cleveland, Ohio during the 1930s. He is known to behead and dismember his victims, sometimes even cutting their torsos into halves. A notorious killer in Southern California, The Grim Sleeper is responsible for at least ten murders in Los Angeles from 1985 to 2007. He got his name from the fact that he didn’t strike for a period of 14 years until he resurfaced within the last decade. Note: a suspect has been arrested but has not yet been charged

Charlie Chop-Off committed his crimes between 1972 and 1974 in Manhattan. He got his nickname from the fact that he mutilated most of his victims.

The Axe Man of New Orleans The Axe Man of New Orleans is said to be responsible for at least eight murder cases in New Orleans, Louisiana. He committed his crimes between May 1918 and October 1919. He attacked his victims using an axe or a straight razor. In 1919, he wrote a letter to the public where he claimed that he was a non-human spirit who was close to the “Angel of Death.” This unidentified serial killer from West Mesa of Albuquerque, New Mexico killed eleven prostitutes, whose bodies were excavated from a macabre dumping ground. The culprit was since then named “the bone collector,” and his identity remains a mystery until today.