Have you ever gone along with the crowd and wondered why you did afterward? I think we’ve all been there at one point or another. Called mob mentality, it usually occurs when you get caught up in the actions, ideas, or beliefs of a crowd and follow along with what they’re doing, even if it goes against your own morals and values. Sometimes, mob mentality can lead to positive results if the leader has good intentions. However, all too often, mob mentality can lead to shaming, violence, and destruction of property and reputation. The good news is you don’t have to be a slave to this kind of negative mob mentality. All it takes is a few simple steps to break free. Ready to find out about mob mentality and how to not participate? Here are 25 Crushing Facts about Mob Mentality (and How to Break Free from It). 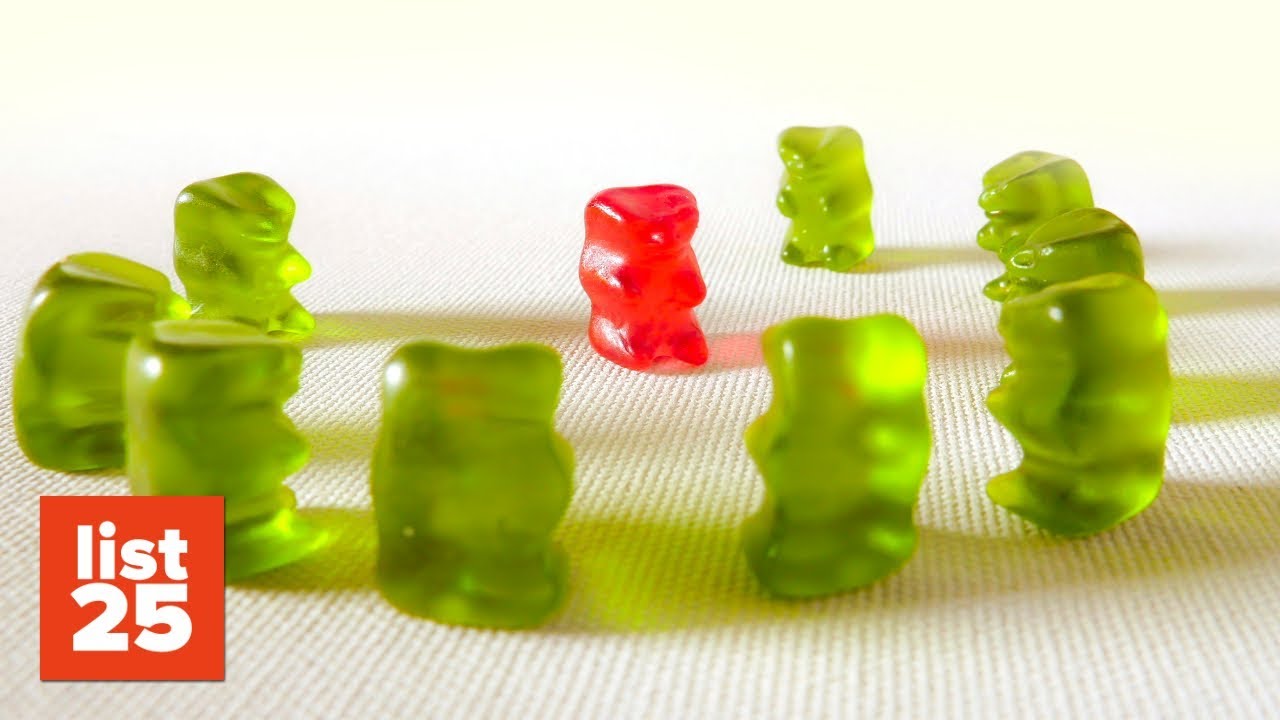 You lose your principles. When you’re in a group, too often you will get caught up in the rush of being surrounded by people. You’ll also feel invisible and think your actions won’t matter. After a while, you’ll want to feel part of the group, taking on the principles of the mob. Once the group acts out violently, you’ll think it’s okay, and maybe even right, to act violently. While you might never act violently alone, in a group, you lose that principle. It’s easy to believe the fallacy that large crowds backing something must mean there’s validity to it. Mobs thrive on people buying into this myth. However, throughout history, large groups and mobs have been egregiously wrong about what they think is right. For example, a large group of people on Reddit thought they’d found the Boston marathon bomber and were wrong. While we all are susceptible to the effects of mob mentality to some degree, some people are more susceptible than others. People thrust into dire situations, like Hurricane Katrina, are likely to loot and participate in mob violence. Also, anti-social teenagers without strong family connections may try to find those connections in other places like mobs or gangs.

The size of the mob plays a huge part in whether or not someone will participate. If you’re only in a group of ten people, you’ll be less likely to follow the crowd in contrast to being in a group of thousands of people. For instance, think about the last time you were at a sporting event. Did you do the wave?

It only takes 5% of the crowd. At the same time, while the size of the crowd weighs heavily on influencing people, a study from the University of Leeds found that it only takes 5% of informed individuals to lead and influence the other 95% in the crowd. For a time, a mob forms a singular identity around a sole cause. When British police tried to maintain order and enclosed mobs in one space together, not letting them leave until things settled down, they found this only reinforced their mob mentality and identity. Harsh policing of mobs tends to backfire, causing the mob to feel their rights are legitimate and being trampled on. Once you’ve conformed to the mob, you will likely not think individually anymore and do whatever the mob desires. This kind of thinking has been coined, “groupthink” and can be very dangerous and lead to violent rioting. Often in groupthink, people in mobs will make wildly irrational decisions, leading to looting, toppling over cars, and causing all sorts of damage to property. When the poverty stricken in France had enough of the Aristocrats calling the shots, they rose up into a violent mob, causing all sorts of atrocities, including the beheading of 50,000 people. Sadly, that was just the tip of the iceberg. They also executed people by firing squad, public beating, and tossing people from boats with weights on. There were no legitimate trials. People were basically accused and murdered. People who don’t have strong opinions about a subject have been found to be easily swayed into mob mentality. When people don’t do the research or try to think for themselves, they mimic the group, instead. It’s called “social default.” Marketers have known about this psychological issue for quite a while. That’s why you’ll likely see an ad claiming, “Everyone’s doing it” to convince you to buy something. When you don’t know much about a product, you’ll refer back to the social default and believe the fallacy that there is truth in numbers. Another awful example of mob mentality is the Salem Witch Trials. Starting in 1692, the mob rose up after baseless testimony of two girls that they were cursed by a witch. Fear of the mob led to many innocent people being accused and executed for witchcraft. While “trials” were held, they were mostly a farce and presented little evidence. With the dawn of social media, the internet has become a breeding ground for online mob mentality. With like buttons, sharing, and blocking, the system has practically been hardwired for it. It doesn’t take much for soulless and inhumane internet fights to break out with a mob trying to destroy a person’s life. Similar to the Salem Witch Trials, mobs online rarely use evidence, facts, or anything to justify themselves. Once the damage as been done, there’s little a victim can do for recourse. Online mob mentality is killing critical thinking, and as Benjamin Franklin said, “If everyone is thinking alike, then no one is thinking.” With the block feature on various social media platforms, people easily become part of a like-minded-only online club and can quickly succumb to mob mentality. Without hearing the opinions of others, it’s too easy to stop thinking critically about the issues because we’re not being challenged. This new phenomenon can also be a recipe for mob mentality. Echo chambers exist when people only follow and read a certain point of view, blocking out any opposing viewpoint. As we stated before, when you aren’t challenged and go on “auto pilot” in your thinking, you can easily be swept away by the mob. One devastating example of online mob mentality is when Kyle Quinn, assistant professor at the University of Arkansas, was falsely and unjustly internet shamed for being part of a white supremacist march in Charlottesville, Virginia. At the time of the march, he was in Arkansas and had nothing to do with it. However, when a photo of a bearded man that supposedly resembled him was put online, the mob pointed to Quinn and they pounced. Quinn was overwhelmed with vulgar and vitriolic emails, Facebook messages, and phone calls. Feeling his life was threatened, he went into hiding until it blew over. If you find yourself constantly under the sway of the mob, whether online or in person, and easily follow people blindly without thinking about it, the good news is you can change. Research has shown these habits can be broken by making conscious decisions. By deciding to not follow the herd and thinking for yourself, you’ll break established neural pathways and create new ones. Here are some other ways you can stop following the mob. The easy route is not to have an opinion and go along with the crowd. They virtually do the thinking for you. Unfortunately, if you keep going on auto-pilot, you’ll likely end up doing things you’ll later regret. Rather than doing that, make a conscious effort and choice to stop allowing others to make decisions for you and tell you what you believe. If you want to avoid getting swept away with the mob, you need to actually do the research from solid sources. By reading up on a subject and listening to all sides, you’ll be more informed and won’t be as easily susceptible to following the crowd.

Form your own opinions Equally, once you do the research, you’ll be more likely to make stronger opinions. Remember when I said people who don’t have strong opinions opt for the “social default”? Don’t be that person. Form a strong opinion, and you’ll likely stay away from mob mentality. Stress, anger, and other emotions can play a huge part in your decision making. It also can make you follow the crowd and become a copycat. In a study reported in the Journal of Consumer Research, they found people under stress were more likely to copy others. Stop and think how your stress is making you think and make a choice to correct it.

Making the choice to stand apart can be tough. It might mean you’ll have to stand alone and maybe even be ridiculed for your choice, but sometimes when faced with following the crowd or going your own way, you’ll need to make a conscious decision to stand apart. If it means saving you from the immoral actions involved in mob mentality, you’ll be grateful you did later. Too often getting swept up in mob mentality can be fast and led by impulsive decision making. Rather than hopping into the fray, take a pause and think things through. All it takes is a few minutes to try to clear your mind and come to a solid decision. When faced with the decision of joining a crowd, you’ll have to ask yourself hard questions. Is this something you really believe in or agree with? If you’re online and want to post something, is what you’re about to say going to be constructive or destructive? Do you really have a strong opinion on this or are you just copying someone else’s opinion? Depending on the situation, you’ll want to keep asking hard questions that can save you trouble down the road.

Be comfortable with disagreement Break out of the echo chambers, stop blocking people for not believing what you believe, and be friends with people who have diverse ideas, opinions, and beliefs. In other words, be comfortable with disagreement. When you have people who challenge you, you’ll learn and grow and will be less likely to follow the crowd.