While American kids usually get their Christmas gifts no matter how good or bad they have been all year, their European counterparts have a good reason to behave themselves throughout the year. Traditionally, on December 6th, less than 3 weeks before Christmas, St. Nicholas visits families in many European countries and rewards kids who have been good. However, he does not come alone. He is accompanied by another fellow, a scary monster known as Krampus. As you might guess, Krampus’s duty is to take care of the bad kids. To find out more about this terrifying mythological figure and what he does to his victims, check out these 25 Creepy Cool Facts About Krampus.

Although Krampus appears in many variations, most share some common physical characteristics. He has a hairy, dark body, cloven hooves, and goat-like horns. Krampus also usually has a long, pointed tongue and huge fangs. The name of this terrifying figure was probably derived from the old German word "krampen," which means "claw." 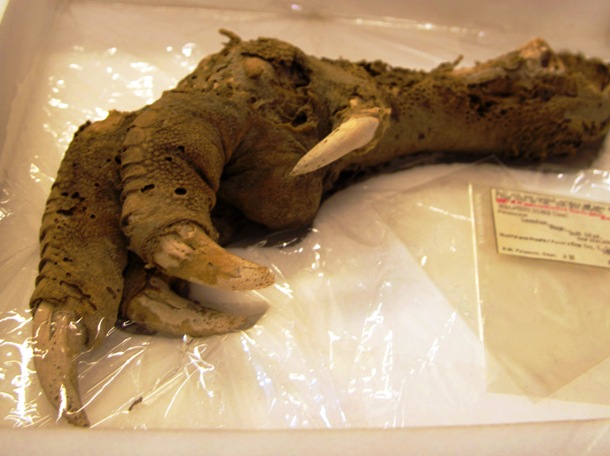 Krampus is traditionally considered to be the son of Hel - the ruler of the Realm of the Dead in Old Norse mythology. Krampus is known by different names in different countries and regions. He is known as Knecht Ruprecht in most of Germany, Belsnickel in southwest Germany, Klaubauf in Bavaria, Pere Fouettard in northern France, Cert in Czech Republic, Klaubauf in some parts of Austria, and Parkejl in Slovenia. Between 1934 and 1938, when Austria was under Fascist rule, Krampus was seen as a symbol of (variously) sin, anti-Christian ideals, and Social Democrats. It was therefore banned. Krampus is often depicted with heavy chains, which might be a reference to the Christian attempt to "bind the Devil." There are many different methods of punishment Krampus allegedly uses, ranging from "gentle" ones, such as beating kids with birch rods and pulling their ears, to brutal practices including leading children off a cliff, putting them in shackles and baskets, or even drowning them in ink. According to an old legend, Krampus lives in the Realm of the Dead, but once a year, on December 6th (or December 5th in some countries), he is allowed to leave his gloomy home and travel out into the human world to seek out and punish wicked children. A terrifying spectacle is held on the evening of December 5th each year in Salzburg, Austria, as hundreds of participants dressed as Krampus run the city streets, wielding pitchforks, rusty chains, and torches, scaring thousands of spectators. In the 1930's, the Krampus tradition was prohibited in Austria, thought to be too traumatic for children. For long years, it only continued in isolated rural areas before it was revived and started to be observed by the masses again. Based on the mythological character of Krampus, an American comedy horror movie of the same name was directed by Michael Dougherty in 2015. Krampus has been increasingly popular in the US in the recent years. Annual Krampus Night celebrations are held in some US cities including San Francisco, Dallas, and Portland. Some psychologists claim that meeting Krampus can be as traumatic for a child as being robbed at night is for an adult. Therefore, parents should always consider the psychological condition of their kids before letting Krampus come to them. The first attempt to abolish the Krampus myth occurred as early as in the 12th century as the Catholic Church wanted to get rid of Krampus because of his resemblance to the devil. Despite its scary appearance and behavior, Krampus has become a profitable merchandize name. In some European countries, such as Czech Republic and Croatia, Krampus chocolate figures are very popular among children. As Austria has registered increased numbers of asylum-seeking refuges from the Middle East recently, some Austrian cities have organized special presentations for the newcomers to educate them about the Krampus tradition so that they will not be scared during the Krampus Nights. Some Krampus festivities have been known to get out of hand. For example, in 2015, five teenagers were seriously injured as several people dressed in Krampus costumes beat them with whips and tree branches at Krampus Night celebrations in Salzburg, Austria. Some European cities organize huge Krampus parades to perform a 1,500 year-old pagan ritual to disperse the ghosts of winter. Some historians suggest that Krampus's image might have evolved over time and throughout regions into the opposite of St. Nicholas (or Santa Claus) to keep a balance of the good and evil. Some of the older variations of punishment by Krampus included naughty children being put in a bag and taken away. This part of the legend refers to the times that the Moors raided the European coasts to abduct the local people into slavery. In some Tyrolean communities (an area in Austria), Krampus actors have to wear a number so that everyone can know who is behind the mask. If a German or Austrian family invites Krampus to their home, it is customary to offer him a glass of Schnapps, strong distilled fruit brandy. Source: The Krampus in Styria via Wikipedia
3

Krampus has been a popular feature on greeting cards since at least 1800's. Over time, however, the appearance of Krampus in the cards has changed. Older versions had a more frightening Krampus, while modern versions feature a rather funny and cute monster. In smaller, more isolated Austrian villages, Krampus might have other beastly companions, such as the antlered Wild Man. Source: The Krampus in Styria via Wikipedia
1

Think Krampus celebrations sound like a good time? They might be for some people, and in some areas of the world, they might be tame. Just know what you might be getting into. While we told you already that they've been known to get out of hand, the basis of a Krampuslauf (Krampus run) actually involves the Krampusse chasing people down and beating their legs with bundles of birch (sticks)!