Previous Next
Since olden times, many people have claimed to witness extraterrestrial beings or aliens. These life forms are called extraterrestrial because they are believed to originate from other worlds. While many people refuse to accept the idea of their existence, many scientists consider extraterrestrial life to be plausible, especially considering their supposed history within human life. These scientists maintain that billions of years ago, it was the genetic complexity of organisms that brought humans into being, and this same genetic complexity could have also brought aliens to life. Some say that these creatures resemble the form of humans but they generally look spine-chilling. Though there is still no direct evidence of their existence, several photographs have been released by eyewitnesses to prove that they actually exist. Here are 25 controversial UFO photographs ever released.
Subscribe to List25
25 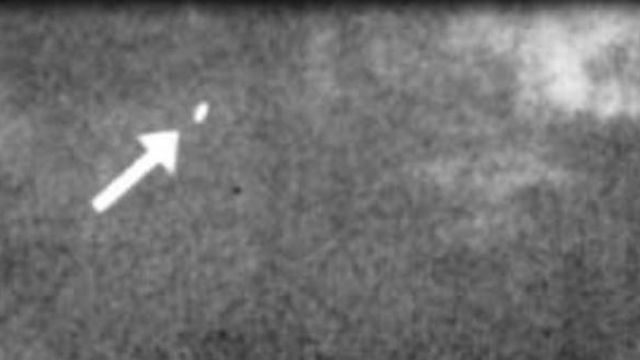 Three days before the UFO sighting of William Rhodes in Phoenix, Arizona, U.S. Coast Guardsman Frank Ryman took this photo in Seattle Washington after he saw a disc flying in the horizon on July 4, 1947. This, along with Rhodes’, was published in a local newspaper in Seattle. 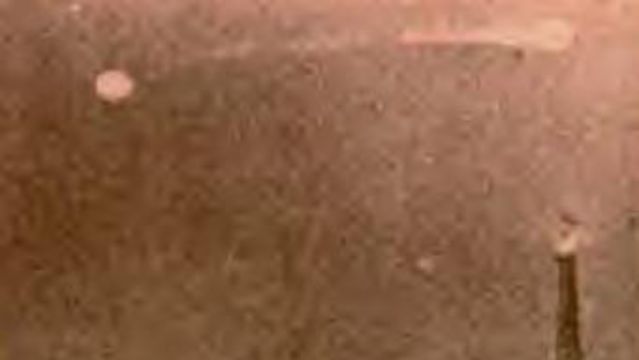 This photo was taken by M. Paulin while he was in Paris, France. At exactly 3:45 A.M. sometime in 1953, Paulin saw two disc-like objects passing over the Eiffel Tower. The photo spurred interest from the public and was published in TRUE Magazine. 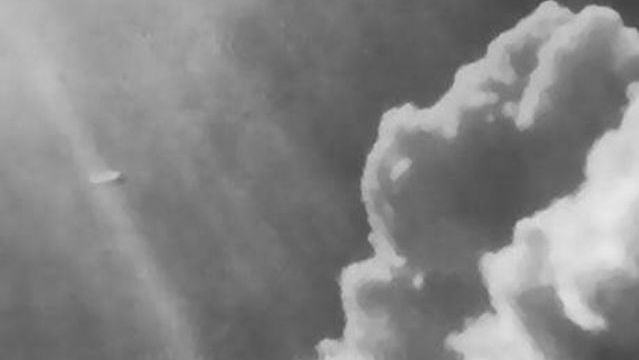 On August 20, 1957 in Fujisawa, Japan, Shinichi Takeda spotted an unidentified flying object near Enoshima Miami Beach at around 11:28 in the morning. This photo shows the UFO, silver in color and giving off a brilliant glow even when it was an approximate altitude of 3000-4000 feet above the ground. 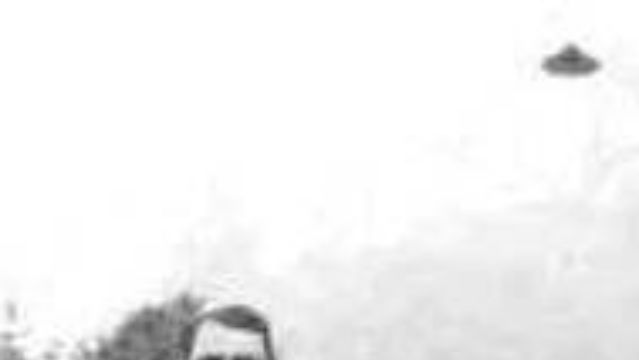 This photo of a UFO was taken on May 1932 in St. Paris, Ohio. It was taken by George Sutton around midday. Some argue that the unidentified flying object in the photo was just a street lamp, but many believe that it was not since there were no street lamps at the time. 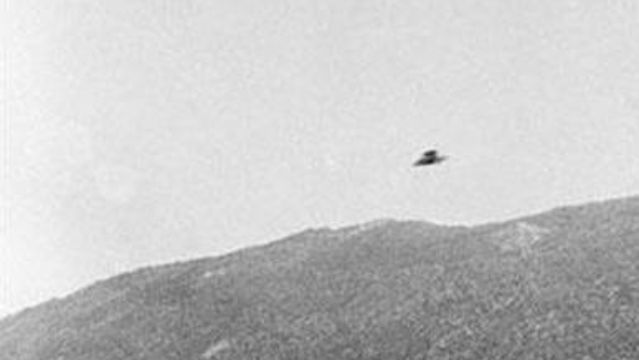 Taken by Guy B. Marquand on November 23, 1951, this photo shows an alleged UFO on a mountain road near Riverside, California. According to its photographer, the UFO looked like a huge flying saucer trapped above the skyline. 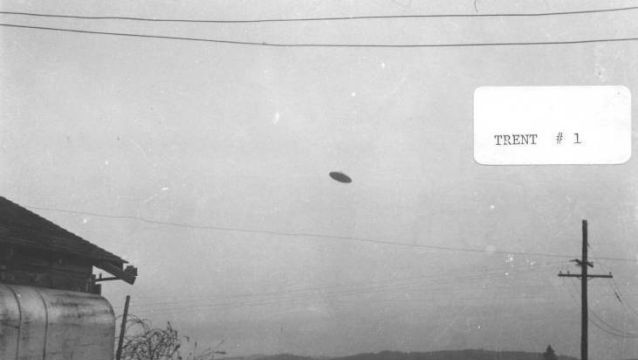 Considered as one of the best and most authentic early photographs of a UFO, this photo by Paul Trent depicts an unidentified flying object that appeared in the sky on May 8, 1950. The appearance of the UFO was also witnessed by his wife. For five decades, this photo has been deemed authentic by experts. 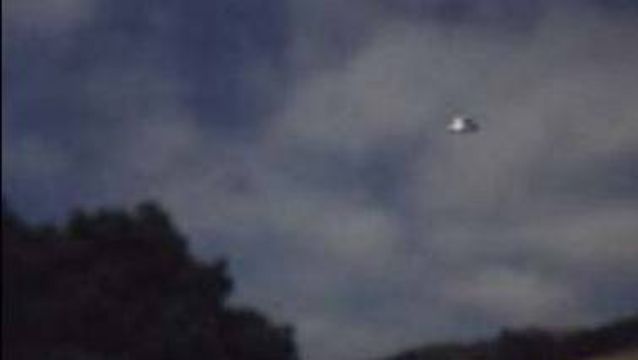 This photo is considered as one of the most believable UFO photographs ever taken. Taken in Outer Hebrides in Scotland sometime in 1947, this photo depicts a metallic, two-layered object floating on air. Many people before believed that the captured image was a UFO spacecraft because of its outlandish structure. 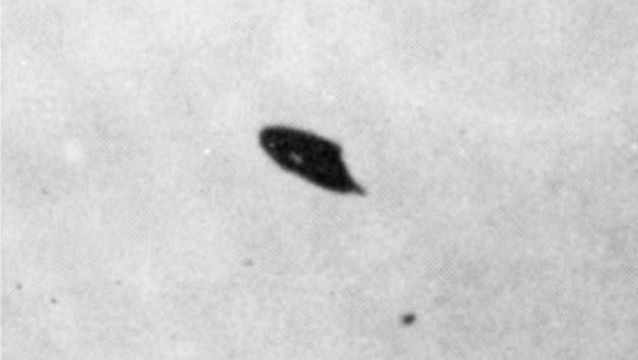 Taken by William Rhodes of Phoenix, Arizona, this photo shows a disk circling the Phoenix on the sunset of July 7, 1947. The sighted UFO was a disk-like object that had a round front and a square tail, much like the tail of an airplane. After a close scrutiny by experts, this photo was found to be authentic. 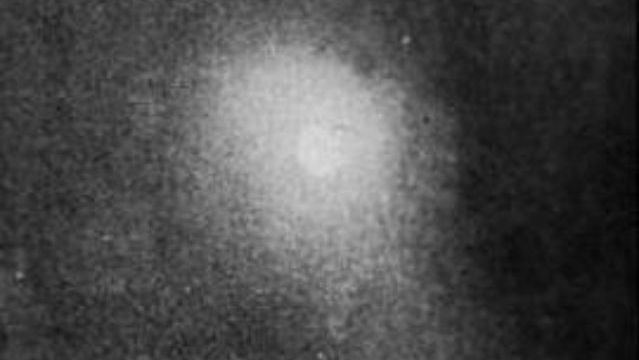 Taken sometime in 1949, this photo shows an unidentified circular flying object during the Jitney Carnival at the St. Peter and Paul Church in Norwood, Cincinnati, Ohio. The floating objects were lit by accident by the sweeping searchlight of Reverend Gregory Miller which failed to operate at first. 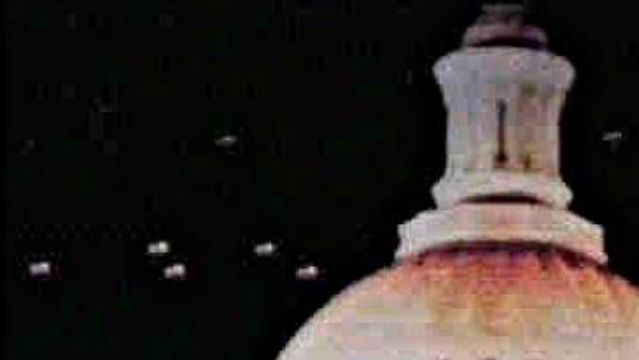 In 1952, a group of alleged UFOs were seen above and around the White House, the Capitol Building and the Pentagon. The event happened during the dawn of UFOlogy in the United States. People who saw the photo believed that the UFOs were going up against the government agencies appointed to guard the United States against foreign powers. 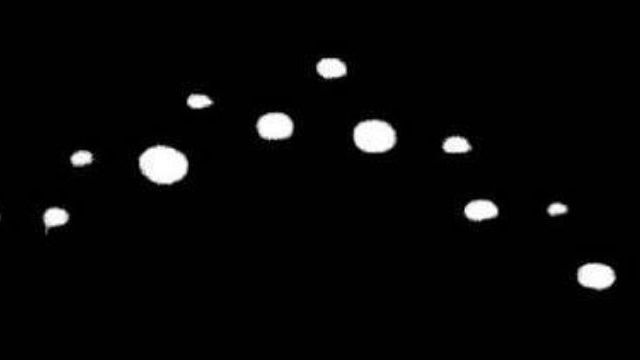 This photo was taken on August 31, 1951 by an 18-year old student named Carl Hart Jr. Using his Kodak camera, he took this photo to capture the image of the unidentified flying object he saw from the Lubbock lights in Texas, USA. 100 other people also witnessed the appearance of UFOs on the day he took the photo. 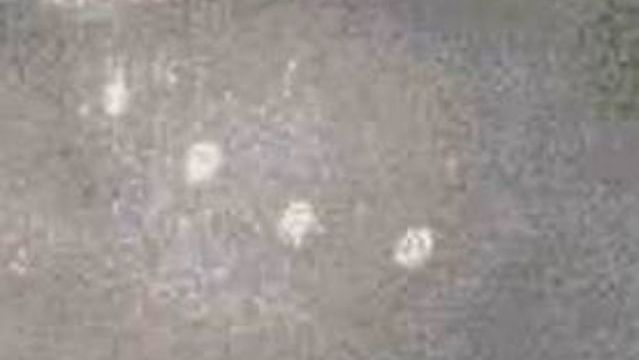 This photo was taken in the morning of July 10, 1947, while an editor named John H. Janssen was flying his own plane in New Jersey. While in the air, he noticed six luminous spherical aircrafts with hazy rings around them. Believing they were UFOs, he took his camera and shot a picture of what he was seeing. 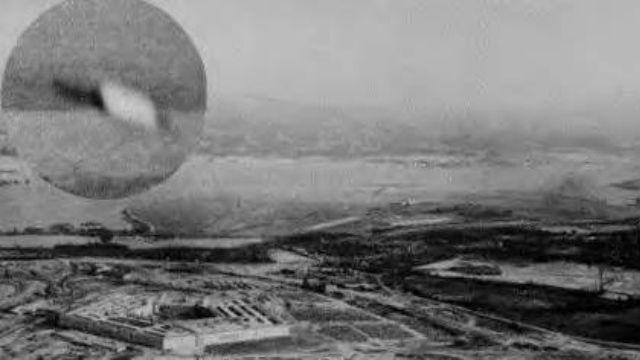 This photo depicts a high-wing monoplane flying through the horizon. The image is vague since the object is said to be flying down and right too fast for the shutter. Some people say that the captured image is not of a UFO but a jet aircraft. 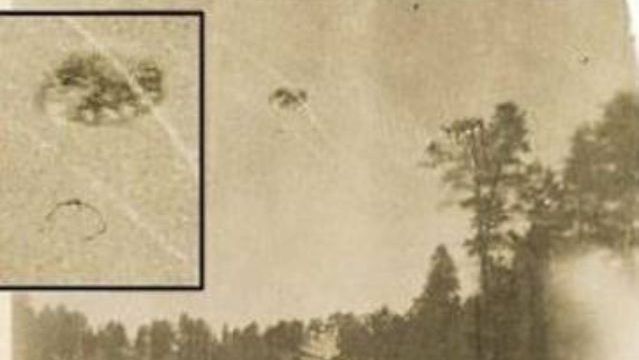 Taken in 1929, this photo was taken by a man named Edward Pline in Colorado Ward where he lived with his family. While he was taking a photo of the horizon, he noticed a very large boulder that moved through the air. The appearance of the UFO came with a thunderous bellow heard by the rest of the sawmill workers. 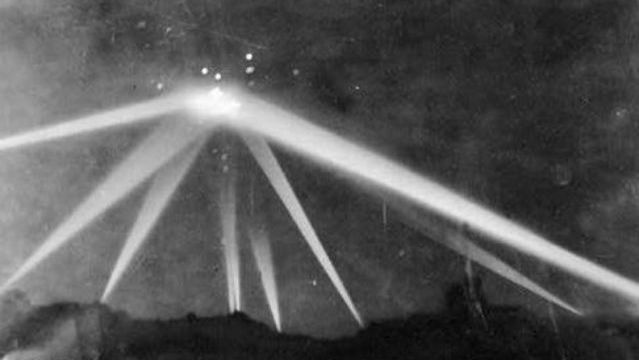 Taken on February 25, 1942, just a few months following the Pearl Harbor Attack, this image of several unidentified flying objects brought hysteria to the people of Los Angeles. All residents were asked to turn their lights off as the local authorities started to fire at the UFOs. This is one of the most popular UFO photos ever taken in history. 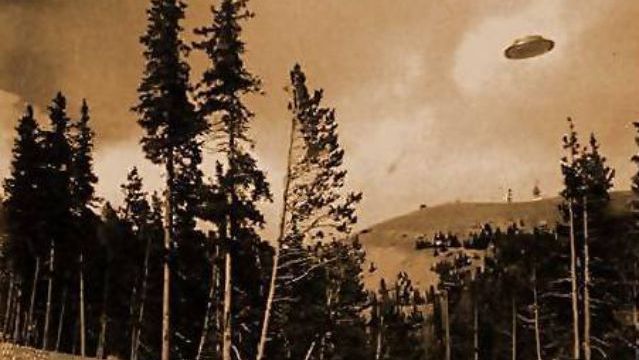 This alleged photo of a UFO was taken by a volunteer fireman in Cave Junction, Oregon sometime between 1926 and 1927. The exact date when it was taken remains unclear, but people who believe that this photograph is authentic find it beyond incredible as it clearly depicts a classic UFO spaceship. This is one of the three photographs taken near Namur, Belgium on June 5, 1955. The one who took the photo claimed that at 7:30 P.M. that day, he spotted a sharp gleam moving high in the horizon at a very high speed. This, he said, was accompanied by a disc-like object that left a trail behind it as it moved. 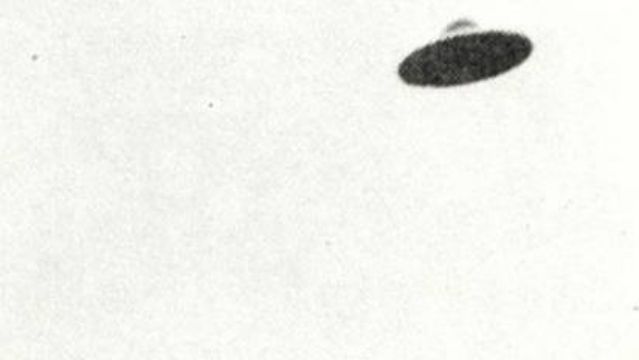 While working on his yard on July 28, 1952, a man named George Stock spotted a dome-shaped saucer in the sky. The unidentified flying object hovered over transmission lines before going towards him so he had the chance to capture the image. The photo taken was very clear and is considered as one of the greatest early UFO photos ever. 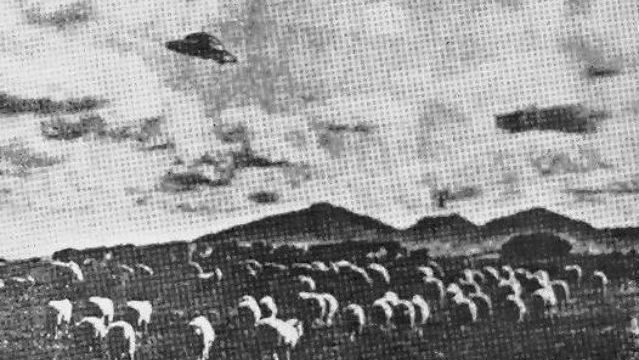 Taken in 1954 by a sheep farmer named W.C. Hall, this photograph clearly shows a round unidentified flying object with top and antenna in Australia. Actually, there was more than one UFO spotted above the mountain near his place. The photo was later published in a local newspaper. 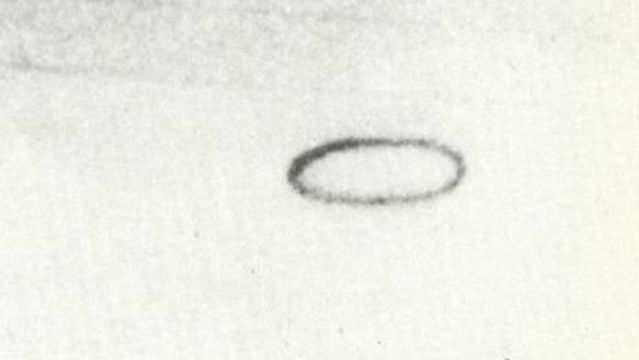 Taken sometime in September 1957, this photo is one of the six photos taken by a private from his barracks as one of his friends approached him and told him about the unusual object floating in the horizon. This photo shows the ring-shaped object engulfed in white smoke. 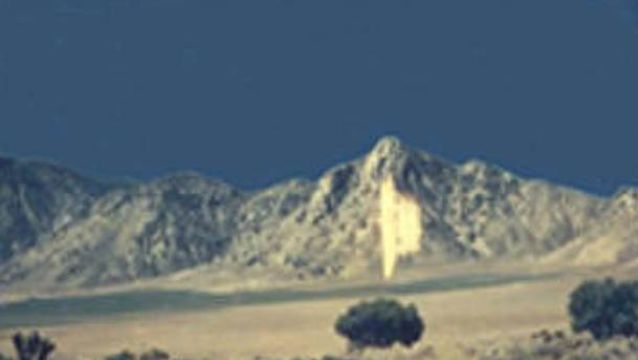 Taken by B.C. He at Lake Isabella, California in 1957, this photo shows an identified disc-like object that was about to land. That time, the photographer and his fiancée were only riding their Harley Davidson in the south of Sierra Nevadas when they decided to take a picture of the old dirt road that led to the dry lake bed. The couple did not see anything strange about the photo until the UFOs were identified by the other people who saw the photos. 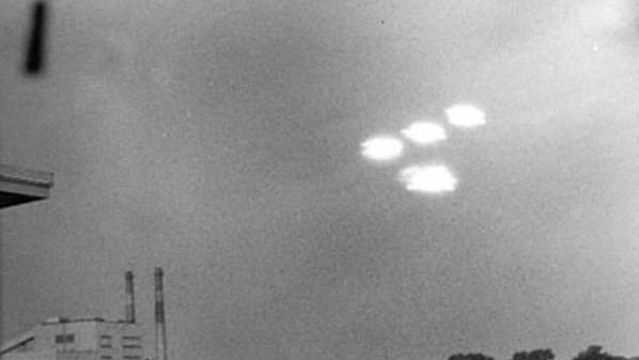 This photo was taken on July 16, 1952 by USCG seaman Shel Alpert while he was on duty in the Coast Guard Weather Office at the Salem Coast Guard Station. After seeing four brilliant lights in the sky from an unknown source, he called another guardsman to witness the lights. A few moments after, the lights turned dim. Before everything turned totally dark, he was able to take a single photograph through the window of his office. 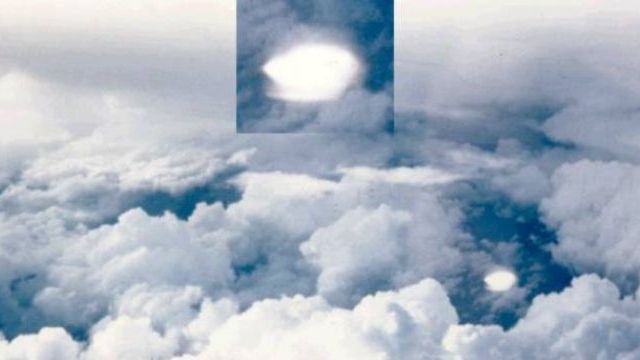 While he was flying at an altitude of about 11 kilometers, a pilot from the Royal Canadian Air Force saw a stationary bright, disc-like object in the sky, which he described as something “like a shiny silver dollar sitting horizontal.” The photo was later released in the media. Photo experts believed that the brightness of the object was brought by the excessive gigawatt of power within the spectral range of the film. 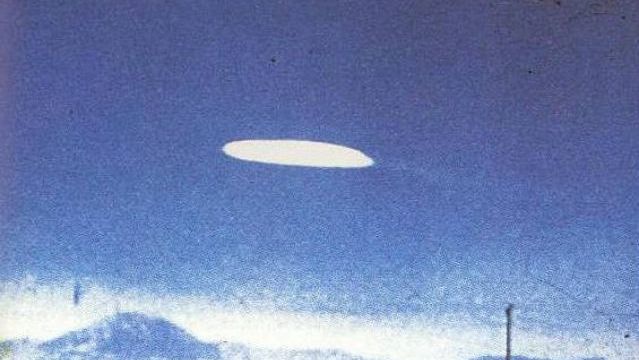 This photo was taken on October 16, 1957 by Ella Louise Fortune while she was driving along Highway 54 at 1:30 in the afternoon. According to her, the UFO that she spotted was motionless over Holloman AFB. 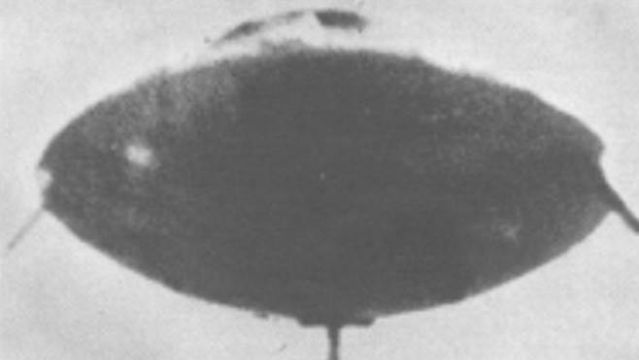 In December 1957, a Naval Officer named S.S. Ramsey spotted an unidentified flying object across the sky. He took his camera and took a picture of the object before it eventually disappeared. Found to be authentic, his output was first published in the Flying Saucer Review.