Previous Next
Ancient Egypt was characterized by a wealth of structures and architectural monuments, mostly along the Nile River. Construction activities at the time were mainly focused on pyramids, temples and tombs, the most popular of which were the Great Pyramid of Giza and the Luxor Temple. Since wood was scarcely available in Egypt, bricks and stones were the most predominant building materials used in ancient Egyptian construction. Today, people’s understanding of Egyptian architecture is mostly based on religious monuments and massive structures characterized by their thick and sloping mud walls as well as flat roofs made of huge stone blocks buttressed by closely spaced columns. Here is a list of some 25 awesome pieces of Egyptian architecture:
25 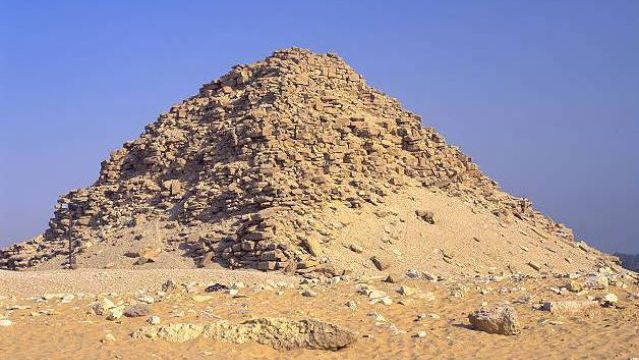 Known as the first pyramid built in the necropolis of Abusir, the Pyramid of Sahure was built for the second pharaoh of the fifth dynasty, Sahure. This pyramid used to be part of a mortuary complex near the shores of Abusir Lake, dubbed as “The Rising of the Ba Spirit of Sahure.” A sun temple built by ancient Egyptians, Abu Ghurab was built to honor the God of Sun, Ra upon the orders of Nyuserre Ini. It was made out of mud brick and limestone and is located along the shores of Abusir Lake. The temple itself is rectangular in shape and its western end is remarkable for its large stone obelisk. The Tomb of Tausert and Setnakht is characterized by a series of corridors leading off to a burial chamber that has a sunken central floor flanked by four columns on both sides as well as a vault ceiling. It is ornamented with extracts from the Book of the Dead, such as sunken reliefs and black sketches. Located near the Citadel of Cairo, the Sultan Hasan Mosque was completed sometime between 1356 and 1361. This huge complex measures 65 by 140 meters and has for stories. Its basic plan consists of a central courtyard that leads into four large “iwans” or halls. It was erected to serve as a “madrassa,” a building where Islamic theology is taught. Considered as one of the most important and unusual of this series of buildings, the Qansuh Al-Ghuri has six stories and stands around a courtyard. Constructed out of stone masonry, its current design reveals the final evolution of a prayer chamber into a congregational mosque in Egypt. This building is characterized by an arcade of pointed arches and timber screens. The Colossi of Memnon is now one of the most famous attractions on the West Bank of Luxor. It consists of two huge ruined statues around 17 meters high and is made of granite rocks. Both structures once stood at the entrance gate of the mortuary temple of Amenhotep III of Dynasty XVIII. Situated 100 kilometers south of modern Cairo, the Pyramid of Meidum was originally built for Huni, the last pharaoh of the Third Dynasty. Known for its unusual appearance, this pyramid is also called el-haram el-kaddab, meaning Fake Pyramid. 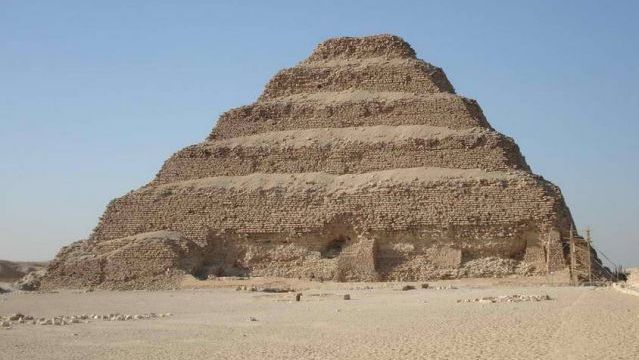 Designed by Egyptian architect Imhotep, the Step Pyramid of Djoser was originally constructed as a mastaba tomb, as can be seen in its flat-roofed structure and sloping sides. Through time, it has evolved into a 197-foot-high pyramid involving six layers and made of stone and clay. Located at Bab al-Kalabsha, the Temple of Kalabsha was built as a tribute to Lower Nubian sun god Mandulis. It features several fine reliefs, including a carving of Horus emerging from reeds on its inner curtain wall. This temple also has sanctuary chambers and a staircase that leads to its roof. Also referred to as the Memnonium, the Temple of Seti it serves as the mortuary temple of Pharaoh Seti I. It is located along the west bank of the River Nile in Abydos and contains the chronological list of the dynastic pharaohs of Egypt. Built by Ramses II, this funerary temple was built for the god Ra. The entrance to this temple has two pylons and its first courtyard has a colonnaded hall. Its main entrance used to be decorated with scenes of the Battle of Kadesh. Considered as one of the most intact temples in Egypt, the Temple of Hathor at Dendera was built by Ptolemy 8th and Queen Cleopatra 2nd. Its interior has an almost square pronaos that has six Hathor pillars and its walls are decorated with scenes of offering and massacre of prisoners by the warrior pharaoh Ramses. 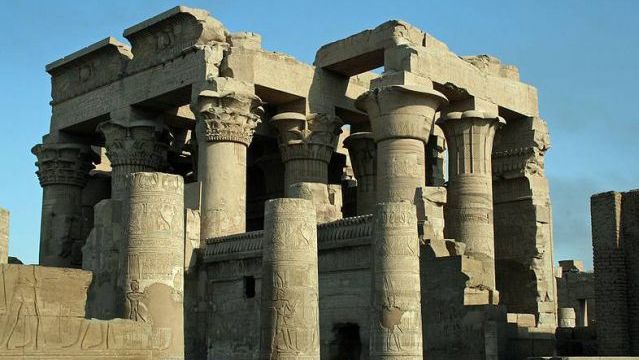 Built during the Ptolemaic dynasty, the Temple of Kom Ombo is a double temple that has undergone several restorations since the time it was completed. It is considered unique because of its ‘double’ design, primarily because it was built to deify two sets of gods. This structure has duplicated courts, halls, sanctuaries and rooms and has a perfect symmetry along its main axis. 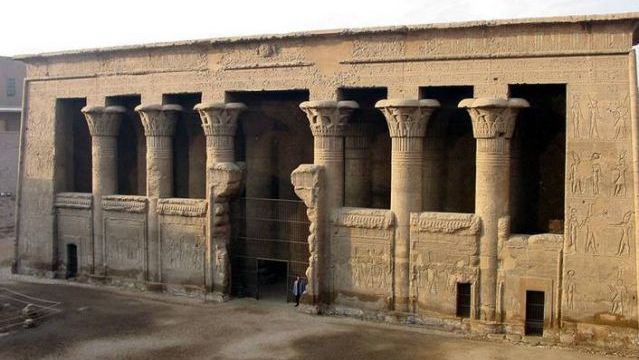 The Temple of Esna was built to God Khnum, the God of Creation. Its construction was completed by Ptolemaic and Roman emperors, and their names were recorded all over the walls of the temple. Centuries since it was erected, the Temple of Esna is still complete with 24 pillars and four rows of reliefs. Mainly characterized by its huge hypostyle hall, the Temple of Amon in Karnak is considered as one of the most prodigious structures ever created in Egypt. Its hypostyle hall was completed in 1225 B.C. and was predominantly made of man-made stone. This structure used to be a sanctuary and a venue for celebrations in Karnak. 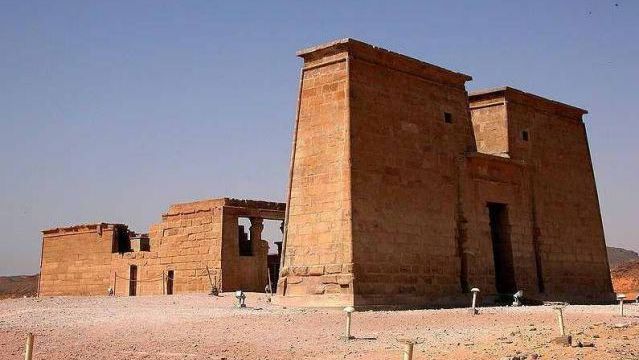 The Temple of Dakka was built for Thoth, the God of Wisdom. It was originally a one-room shrine but it was eventually enlarged by adding a pronaos and three columns. Made of granite naos, the once small temple was transformed into a temple fortress surrounded by a stone wall. More commonly known as the Edfu Temple, the Temple of Horus in Edfu is one of the best-preserved cult temples in Egypt. It was built between 237 and 57 BC and is reflective of traditional “pharaonic” architecture. This temple is the second largest in Egypt and is one of the most popular tourist destinations in the country today. 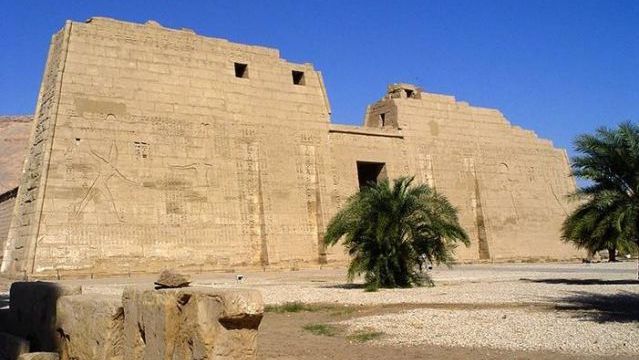 The Temple of Philae was originally built for goddess Isis. It is remarkable for its numerous shrines and sanctuaries, including The Vestibule of Nectanebos. Its construction lasted for about 800 years and its completion marked the end of Paganism in the region. This structure is considered as one of the last strongholds of Ancient Egyptian Religion.

Medinet Habu or The Mortuary Temple of Ramses III is one of the best preserved temples in Luxor. This huge complex is surrounded by enclosure walls that are decorated with vibrantly colored winged sun-disc. The main façade of this building is asymmetrical but its reliefs are among its main attractions. 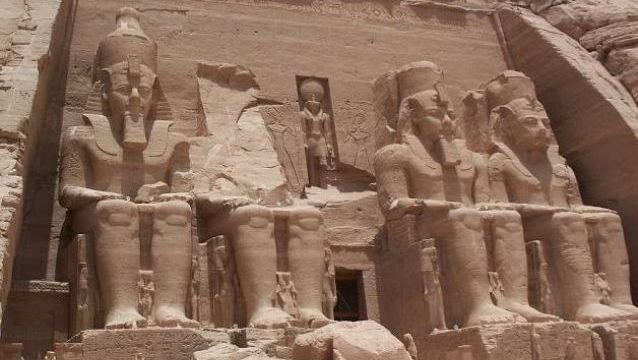 The Great Temple discovered at Abu Simbel was completed around 1244 BC, during the reign of Ramesses the Great. It is believed that this temple took 20 years to build. It was dedicated to Egyptian gods Ptah, Ra-Horakhty and Amun and is considered today as one of the grandest and most beautiful temples in Egypt. The Mortuary Temple of Hatshepsut was erected north of the Middle Kingdom Temple of Mentuhotep, along the bay of cliffs called Deir el-Bahri. This temple was formerly called Djeser-djeseru, meaning “the sacred of the sacreds.” Its design is characterized by beautifully carved reliefs and three terraced levels. Located along the banks of River Nile, the Luxor Temple was built with sandstone from the Gebel el-Silsila area. Through illusionism, the two obelisks flanking the entrance of this temple create an impression that they are of the same height even though they are not. Also known as the Pyramid of Chefre, the Pyramid of Khafre is known as the second tallest and second largest of the ancient Egyptian Pyramids of Giza. It stands 136.4 meters high and served as the tomb of the fourth dynasty pharaoh Khafre. A rock outcropping was used in its core and its bottom course was made out of pink granite. Also known as “The Terrifying One,” The Great Sphinx at Giza is a limestone statue that features a reclining mythical creature with a lion’s body and a human head called Sphinx. The largest monolith statue in the world, the Sphinx stands on the Giza Plateau along the west bank of River Nile. Also known as the Pyramid of Khufu or the Pyramid of Cheops, the Great Pyramid of Giza is the most popular pyramid in the Giza necropolis because of its age and greatness. It was originally built as a tomb for Pharaoh Khufu of the fourth dynasty and took one to two decades to build. The current pyramid only reveals the underlying core of the original structure, but the original Great Pyramid was covered by casing stones forming a smooth outer surface.