Previous Next
Savants, those legendary masters of mental mayhem. They are blessed with an oasis of talent in a desert of disability and ineptitude. Although they could probably tell you how many thread are in their shoelaces, tying them together would be an almost impossible task. Although savant syndrome is not an officially recognized medical disorder it is perhaps one of the least understood and scientists are still trying to figure out what is going on in the minds of the these amazing savants.
Subscribe to List25
25

Jedediah was a mathematical monster. Born in Derbyshire, England he was never properly educated but boy could he count. It has been reported that he once measured the entire Lordship of Elmton simply by walking across the grounds. And not only did he give the measurement in acres (of which there were about one thousand), he gave it in square inches. He was so good with numbers in fact, that he had to invent names for them because no one else had ever found a use for such large quantities. In Jedediah’s head a “tribe” was the cube of a million and a “tramp”, well, that was a thousand tribes of tribes.

A very rare example of an “acquired savant”, Orlando began to exhibit his skills after being hit by a baseball on the side of the head at the age of ten. He soon came to realize that he could perform very complicated calendar calculations and he has been able to remember the weather of every single day since the accident.

Although not technically a savant because he understands the mechanics of the math behind his calculations, this German born math prodigy is about as close as you can get to savanthood without actually stepping through the door. Despite the fact that his mental abilities didn’t develop until after he turned 21, Rudiger can do ridiculously complex math problems in his head and strangely enough, he can speak backwards fluently.

The couple whose lives were the basis for the 2005 film “Mozart and the Whale” they are both highly functional savants living with Asperger’s Syndrome. Jerry has been labeled the world’s “most versatile calculator” and Mary has a talent for art and piano.

Nicknamed Tum-Tum, Thristan was born in Quezon City in the Philippines and as soon as he was old enough to a drop a beat he has been amazing the world with his incredible percussive talents. Having begun at the age of two he has since been dubbed a “marimba prodigy”.

Although Tommy is not really considered a savant in the classic sense, he comes awfully close. An Irish ex-con with a taste for violence he had a brain aneurysm one night and after the doctors managed to save his life he came back to the world with an insane desire to paint. Although he may not be the next Picasso, it’s not his talent that is so amazing, but rather his drive. In fact, it would be hard to accuse him of not making the most of his available space as he fills even his ceilings with his work. A doctor of animal science and a professor at Colorado State University, Temple is a highly functional autistic savant who was featured in Time 100 Most Influential People in 2010. She has used her savant skills and superhuman eye for detail to help design more human animal-handling equipment and she has worked extensively with the livestock industry. Although he is one of the most talented musicians to ever sit behind the keys of a piano, the same fingers that can play Sweet Home Alabama in almost any musical style at all can barely button his shirt. Unusual would probably be the best word to describe James’ work. Born in Idaho, he was a self-taught artistic savant who would only use random items he found lying around to make his art. For pencils he would use sharpened sticks and for ink he used a mixture of soot and saliva. 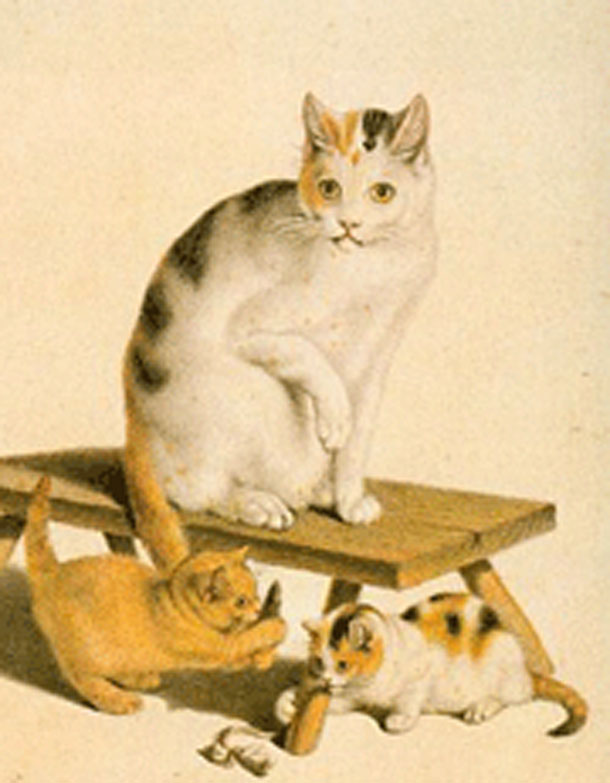 This Swiss savant could draw. More specifically, he could draw cats. And draw them he did. He even came to be fondly known as the “Raphael of Cats” due to his peculiar ability. 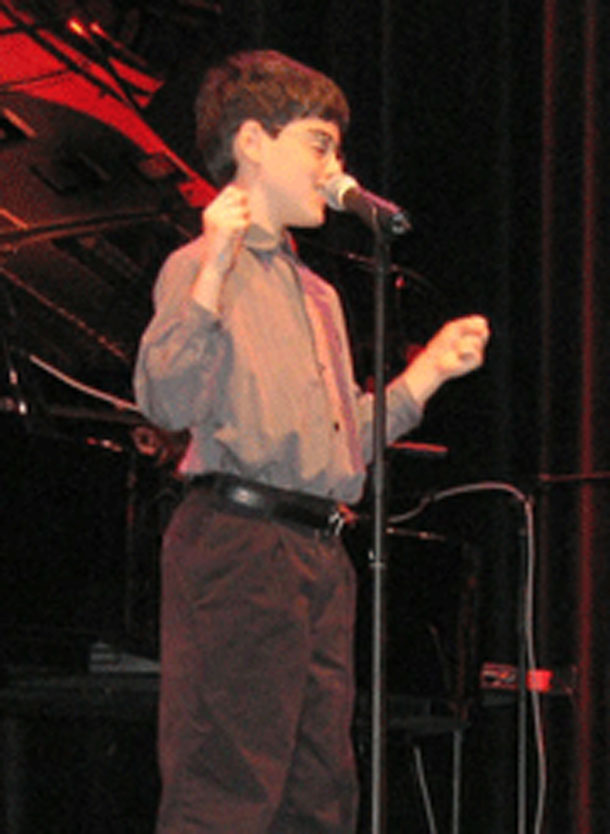 Although this musical wunderkind never received any formal training he has been astonishing audiences ever since he laid hands on a piano at the age of 6. An accomplished performer, he tours the world and performed for heads of state with his band, “The Matt Savage Trio.” He has received many awards and is the only child to ever sign a contract with Bösendorfer pianos. 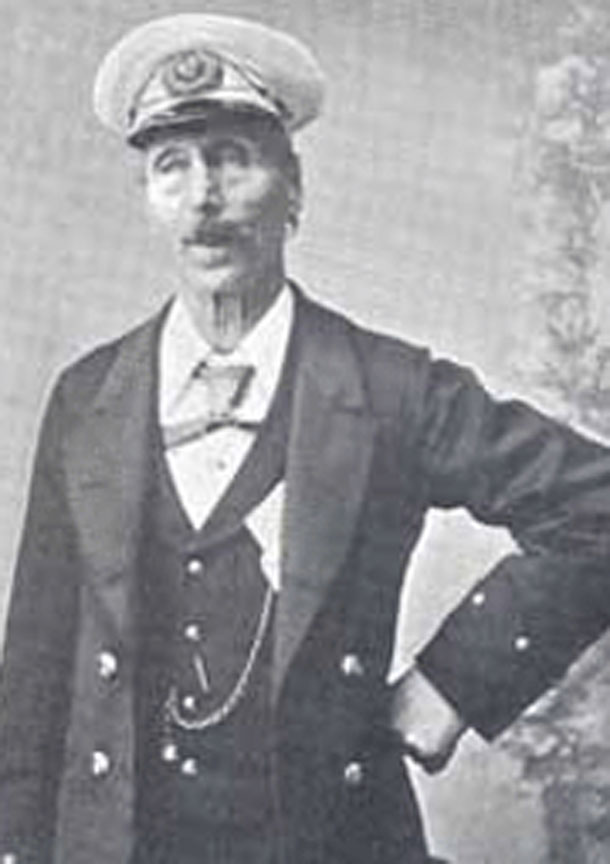 Also known as the “Genius of Earlswood Asylum” James never managed to speak or write more than one syllable in his entire life. In spite of his linguistic setbacks and institutionalization however, his talent for woodwork was evident to all who knew him. Although he was usually quite reserved, he was also stubborn and once reportedly constructed a guillotine like contraption over the door of a staff member’s room. Luckily for his victim it misfired. 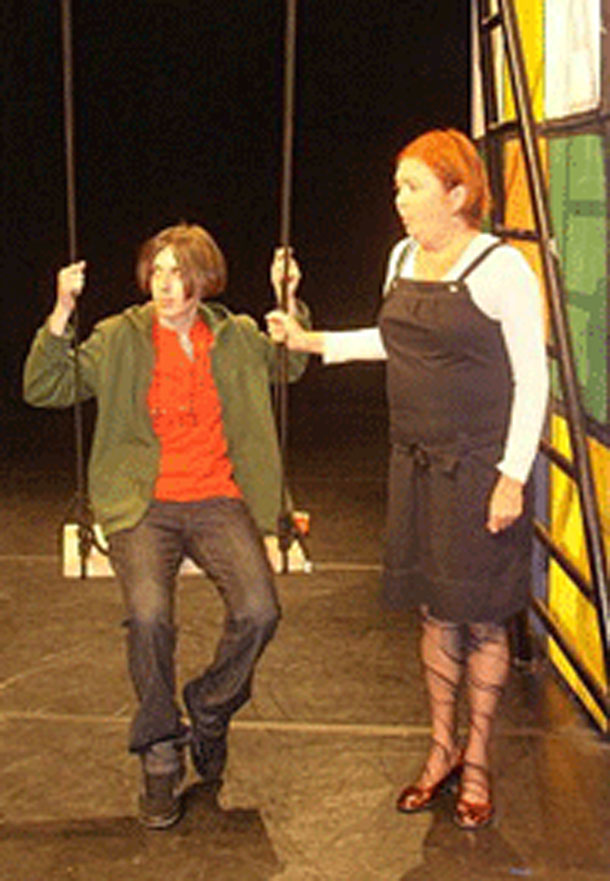 It has been estimated that only 16 percent of savants are female so Henrietta is certainly a minority within the minority. A native Hungarian, she is an accomplished artist, poet, and writer. Her life has been feature in the documentary “Freedom of Speech” and she has also authored several books. Leslie is an autistic savant who unfortunately had to have his eyes removed shortly after birth. At six months he was put up for adoption after which May Lemke, a nurse, took him in. Although Leslie needed almost 15 years just to learn how to walk, he learned Tchaikovsky’s Piano Concerto no. 1 in about 15 seconds after hearing it on television one night. Before long he was playing everywhere from Japan to Scandinavia and he has since made appearances on CBS, 60 minutes, and ABC. At 5 he learned to draw and by 12 he had founded a city. Well, not a real city, but pretty darn close. As a child this French savant started to lay the foundations for a city he called “Urville” with some lego blocks he had lying around. He quickly realized however, that legos are a scarce resource and he could expand his territory much more efficiently on paper. Since then he has drawn over 250 painstakingly detailed pictures, created an entire history, and even written a book concerning Urville’s geography, culture, and economy. A musical savant, Tony has mastered 20 musical instruments and has over 8,000 pieces memorized. Having began his career at the age of two on the piano, Tony now tours the world with his band Goodnuf. Having suffered a brain injury as a child, Alonzo has an IQ of somewhere between 45 and 50. This certainly doesn’t stop him from sculpting though. He can quickly replicate a 3D model of almost any creature after only catching a glimpse of it. Born to West Indian parents in London, Stephen is renown for his ability to draw a complicated landscape after only seeing it for an instant and has been called the “human camera”. In 2005 he drew a picture perfect overhead panoramic of Tokyo on a 10 ft canvas after taking a short flight over the city in a helicopter. In fact, he draws in such detail that when he did the same for Rome, he included the exact number of columns in the Pantheon. While most people eventually put down their crayons, Richard never did. This Scottish savant would create excessively detailed and dramatic images with his pack of Crayola and like most artistic savants he would always draw from memory. Allegedly one of the only people in the world that can draw mathematically accurate fractals by hand, Jason is a newcomer to the savant scene. Like several other people on this list he was diagnosed with acquired savant syndrome which happened after he was hit on the back of the head during a mugging several years ago. Since then he has had a form of synesthesia where he sees numbers as fractals in regular, everyday situations. He has even purportedly come up with an accurate visual explanation of E=mc2 (see photo). 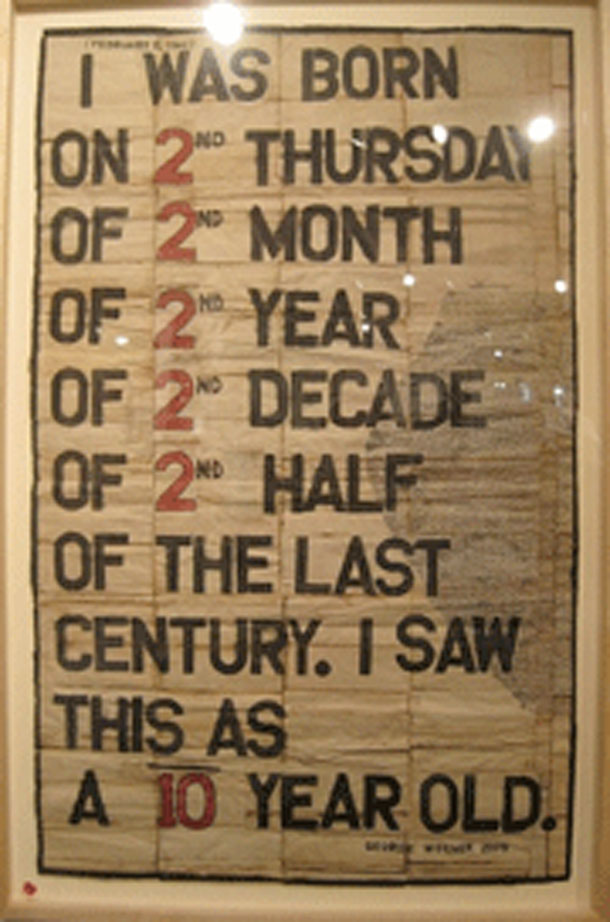 Growing up in rural Appalachia, George spent most of  his early life in and out of homeless shelters due to a lack of public awareness towards autism. Eventually though, he was diagnosed and now he has found a release for his numerically oriented mind through art. In one of the more fascinating conversations of the last century, George actually met megasavant Kim Peek. The conversation that ensued has been featured in a short film by French filmmaker Bruno Decharme. It has been said that Ellen remembers so many songs by heart that when a newspaper reporter tried to stump her with some obscure jingle, she couldn’t. Ellen knew them all. Not only is she an amazing musical talent though, in spite of her blindness she can walk around without running into things by way of echolocation (she makes chirping noises). But not even that is all. When she was 8 her mom made her listen to the “time lady” recording in order to overcome her fear of telephones. Since that day though, she has been able to tell the time down to the second without ever having seen a clock in her life. There really isn’t much that words can say when you start learning one of the hardest languages on Earth (Icelandic) Monday Morning and then proceed to conduct a full fledged interview in that language on Friday night. Daniel is unique in the fact that although he has an amazing savant mind, he is also socially functional. Besides Icelandic he speaks 10 languages, including one that he made up. His real talent, however, is numbers. He holds the European record for reciting pi up to 22,514 digits (it took over 5 hours). Because he is a functional savant he can also introspect on his abilities, having explained that he sees numbers and calculations in his head as landscapes full of shapes and colors. His skills don’t come without drawbacks though. Within 1 hour of parting ways with Daniel, although he would be able to remember the distance between your eyes, how many buttons your shirt had, and everything you said, he wouldn’t recognize your face on the street. Its the details that he remembers. Known as a “megasavant”, Kim was the true story behind the 1988 film “Rain Man”. His brain was capable of remembering almost anything it ever processed. As a child he would read books, memorize them, and then turn them upside down on his bookshelf to show he was done. It has been estimated that he could recall the complete contents of about 12,000 books from memory. One of the biggest debates going on in the field of savant research today is whether or not it is possible to get the brains of normal people like us to function like those of Kim Peek and Daniel Tammet. Although it is unlikely that people will be filling prescriptions for brain expansion medications any time soon, research into the minds of these savants certainly has provided some insight into how our brain works. And who knows? Maybe one day we’ll all be able to recite 20,000 digits of pi. Just don’t forget how to tie your shoe laces.